Something about E3: 34 things youĺll have to hear soon.

1:26 PM on 06.11.2010 (server time)    0
Ah E3, that special time of year when everyone in the games industry piles into one place to perform self masturbatory speeches in a bid for attention. Itĺs a lot like a sack full of badgers, a bunch of feral animals clawing away at each other try to prove whoĺs the superior being, the alpha-badger if you will, and at the end of the day all weĺre left with is a bag full of hate, broken dreams and badger faeces. 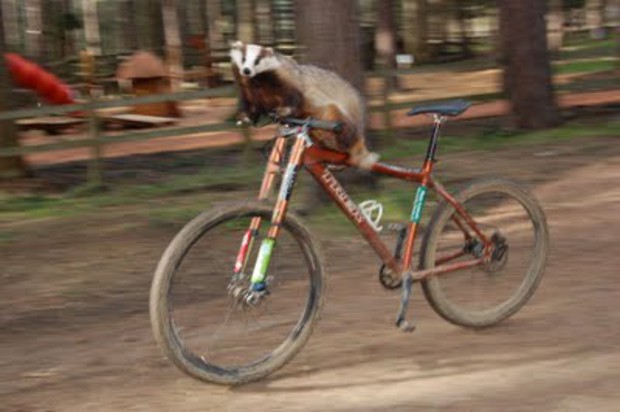 So, in order to prepare your ears for the onslaught of verbal rape theyĺll be receiving soon Iĺve prepared a list of the 34 things youĺre most likely to hear during and after E3.

1. Oh my god, the Nintendo conference was so sad!

4. What the fuck!?The new Zelda doesnĺt have Link duel wielding crossbows like I imagined it would!

13. Thatĺs bullshit! Marvel vs Capcom doesnĺt have some obscure comic book character I like!

14. All the Microsoft exclusives were shit graphics and mindless violence!

15. All the Sony exclusives were boring and ghey!

16. All the Nintendo exclusives were stupid and for babies!

20. Metal Gear Rising looks like shit, itĺs clearly been compromised by the Xbox!

21. Oh my god did you see the 3D games? That shit is the future, fuck Natal and Milo!

23. Ha ha, that guy made an embarrassing mistake on stage!

24. Ahh, theyĺve completely ruined Deus Ex forever because of that one change they made! BOYCOTT!

25. Seriously we need to prove that Nintendo/Sony/Microsoft won E3, because itĺs a competition you guys!

26. The games industry is dead because I donĺt really like E3!

27. Ha ha, remember that guy who made an embarrassing mistake on stage?

28. Wow, Peter Molyneux is totally going to change the way everybody thinks about everything forever!

29. My childhood is dead because Miyamoto stood up on stage and waggled for ten minutes.

30. Seriously the lack of professional journalism is very disconcerting!

32. Holy shit! That trailer for a revival of an old game isnĺt true to the original vision or the expectations I built up in my head over the years! BOYCOTT!

33. Ha ha, I made a techno remix of that guy who made an embarrassing mistake on stage!

34. SONIC IS RUINED FOREVER FOR THE SEVENTH TIME!!!

The above is just a fraction of whatĺs to come, if thereĺs one thing weĺve learned about these.... ôpeopleö itĺs that their rage and stupidity knows no bounds. They can turn what seems like a lovely surprise into a ratĺs nest of baseless, pointless arguments till you lose faith in humanity.

But remember children, E3 is a time of fun and excitement for those of us who possess the power of common sense, donĺt let the internet boogiemen ruin your fun, weĺve got a week of game announcements, first looks, and maybe even a couple of surprises ahead of us. So remember, if theyĺre under sixteen, claim to own all consoles, or are trying to overcompensate for their small genitals, then you donĺt need to listen to them.
#Community    #OpinionEditorial
Login to vote this up!

Lets see... Iĺve been playing games pretty much my whole life, since my Commodore back in the day to my ps3 now Iĺve been hooked. Actually come to think of it I canĺt remember a time I wasnĺt playing games. Canĺt say I have a favourite genre, I like to try a bit of everything, though I will go to town on a good RPG. Iĺll have something to fill in this space as soon as my life becomes interesting.

Like everyone else on Destructoid Iĺm at a loss on what to fill this space with so I guess Iĺll just catalogue my greatest hits, if you can call a loose collection of lists and borderline pornographic fanart ôgreatest hitsö.

Listmania ľ Because liking something isnĺt as important as liking it in the correct order.

Something about E3: 34 things youĺll have to hear soon

Fanart Flops ľ Because you must suffer.

Wankery ľ The terrible results of when I pretend Iĺm smart.


Front page ľ When Destructoid has terrible lapses in judgement.

Donĺt forget Comments of the Week