Some Thoughts on Super Mario Galaxy 2 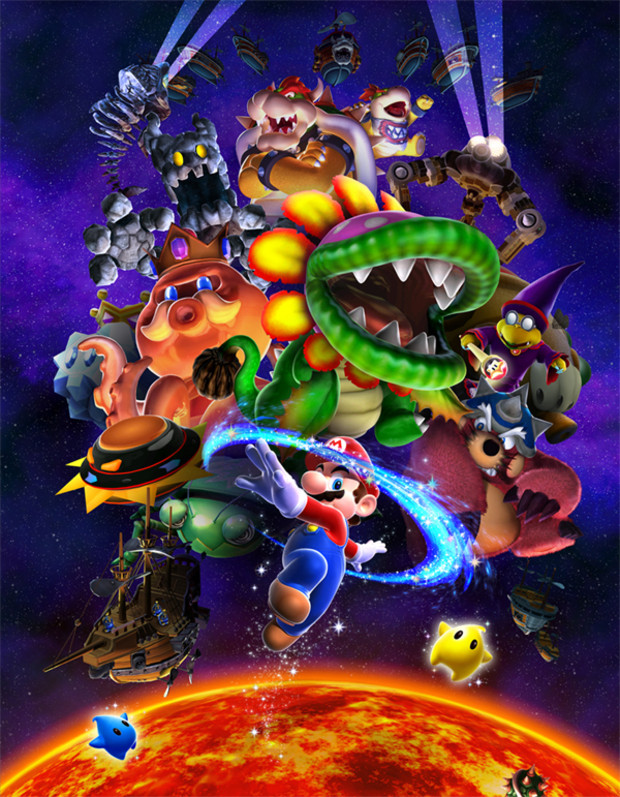 I recently beat Super Mario Galaxy 2. This may not seem like something big to most people, but I'm not most people. I have a very serious problem. I rarely finish games. This usually comes down to one of two things: either distraction or difficulty. Distraction happens to everyone when playing a game, whether it is something completely outside of gaming(like work or relationships), or something along the lines of a new game coming out. This is completely understandable to anyone who has ever picked up a controller. The second root of my problem is the matter of difficulty. Games almost by definition need to have some sort of difficulty or challenge to them, as without it they are little more than moving pictures.

With implementing difficulty into games comes a whole host of problems on what is the appropriate level for any given part of a game. If a game is too easy the player becomes disinterested and walks off, but if the game is too hard the player becomes frustrated and walks off. Developers have tried to remedy this with the inclusion of multiple difficulty levels, but those open up an entire new host of problems (akin to multiplying the problem with one difficulty setting by however many settings you include).

So when I sat down to play Super Mario Galaxy 2, I sat down to win. I made sure I had no other games tempting me, and I essentially fell off of the Earth for a few days to make sure I wasn't distracted. This left the only thing stopping me from completing this game: the game itself. Recent Nintendo games haven't been known for their mind-blowing difficulty, but some have been enough to frustrate me to the point of quitting. So as I first began playing Mario I became overtaken with a childlike joy that made me know for sure that this game was different.

I continued to play for the next few days and never once was I bored, or frustrated, or aggravated in any way; I was happy. I was constantly intrigued by Mario's world and its constant stream of challenges. These challenges were actually, well, challenging. Instead of setting me up against increasingly difficult waves of enemies I was confronted with constantly changing landscapes and mechanics I had never seen before.

This was perfect for me. I died a few times, but never enough to dissuade me. None of these deaths ever felt like something that was wrong with the game but something that I could track back to one of my mistakes. This didn't lure me into the overconfidence that comes with any game that is too easy, as with every challenge I wondered if I would die and if this was the challenge that would stop me from progressing. I never stopped.

I think that this is Super Mario Galaxy 2's greatest achievement: not the beautiful level design, nor the simple joys of it, but the perfect level of difficulty that brings it all together. This is why it is one of the greatest games we have.
#Community    #Rants
Login to vote this up!