Long time no see eh? Finally got around to finish Travis Touchdown after finding a copy of NHM Paradise with actual english voice over, hip hip hofuckhead.

Also in case you live on the backside of mars and don't know anything about Travis, he is a otaku assassin shat out by the insane mind that is Suda51 and servers as a introspection for gamers and the games the play.
Oh and he also cuts of heads and has a kitten named Jeanne.

EDIT: Jonathan Holmes also analyzed the games villians, how could I forget that?!
Read that two part article on the bosses here 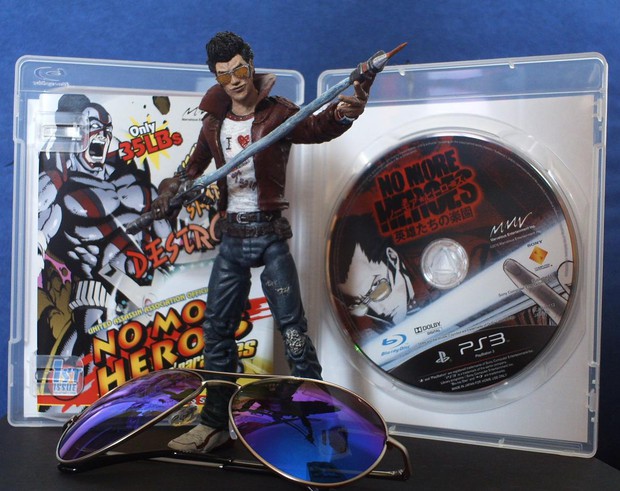 Nevertheless, FUCK UBISOFT for refusing to bring this gem to the states and europe.
One last thing though, stay the fuck away from the PS3 version, it has no blood :(

Oh yes, what a brilliant idea, cut the over the top gore out from one version and hope it sells better on the 360.
Fucking pretzel logic bullshit.

There are 2 more minutes of Travis in the video below if you don't desperatly need to save that time for all the busy browsing you have to do.
It's set to "Bad Girl" "Shinobu" and "Heavenly Star" from the NMH soundtrack.


this has been going on to long allready, so thanks for looking again
have a chocolate cranberry sunday!

http://somethinggerman.deviantart.com/
#Community    #Indie
Login to vote this up!