Back to Card Design Art Blog 3&8: Improving a Prototype

12:44 PM on 06.04.2010 (server time)    0
This is an update to two different blog series I was doing. The first being the art blog that leads the bulk of this update and the second being my card game design blog.

So why am I doing it like this? Two reasons. The first being this is basically where all of my drawing effort has been focused. The second being that I want to improve the art work of the next prototype phase (and corresponding contest to be announced later) and this new artwork will be the sketch basis for the final game artwork. So on the following images, you'll have the three old images in smaller format then the three larger images and some mild explanation on why the changes. Meaning if you're in it for the pretty pictures, there will be those. If you're into the design aspect, there will be that too.

So let's kick things off with the monster cards. 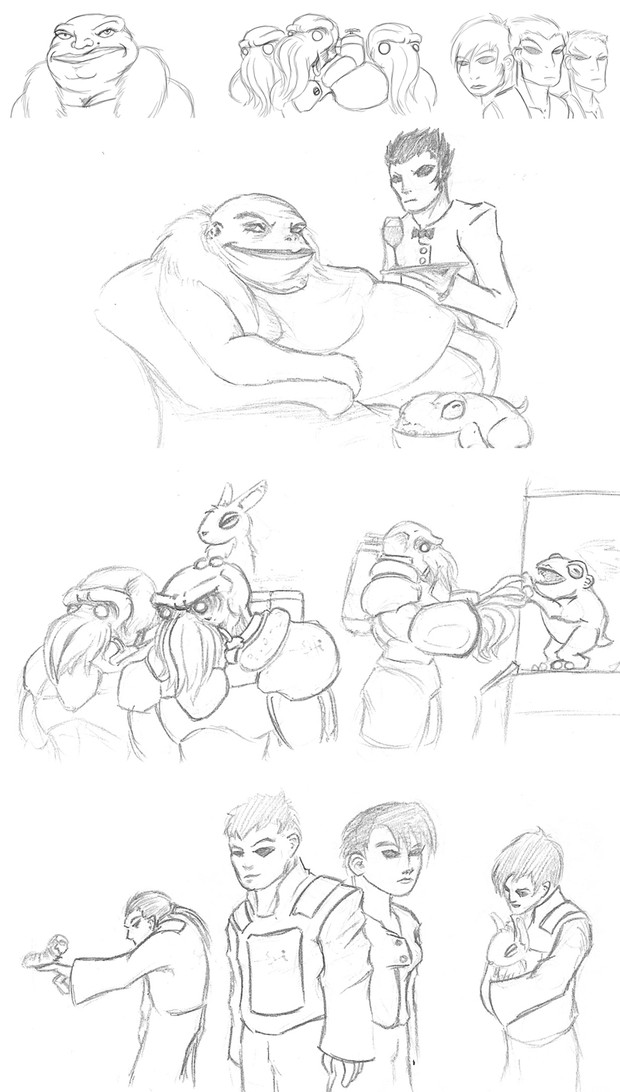 Inspired in part by a character from the classic movie Ice Pirates, Baroness's main problem was being too big and not ugly/realistic enough. So I wanted to final art to represent a kind of reckless decadence in conjunction with better art. The Aqualians I liked too much not to reuse but like many others, I just needed more in the image. Also really like the "get this fucking thing off my head" expression. And finally, the Elscar Science Academy, like many others, simply needed to be better fleshed out as concepts and filling the card art portion.

Like many times before, feedback is always appreciated and yes, expect this next week as well since I need to redo 15 more cards.
#Community    #NOTvideogamesrelated
Login to vote this up!