9:50 PM on 06.01.2010 (server time)    0
I'm very fortunate to be where I am right now with the people I love. I want to say before I start that this is something I've never gotten to write about. With that being said I'm going to try to to keep this from being too emotional and just share my experience.

August 2005. D'iberville, Mississippi(Just north of Biloxi).I had just turned 16 and started the school year as a sophomore. I had typical 16 year old problems. I hated school. I hated Mississippi more and wanted to leave that backwards ass place more than anything. I had girl problems. I was dating a girl I loved and yet still loved my ex, who in return loved me. There was nothing more that I wanted than a great escape. A 'win' button. Anything.

The last week of August 2005. A hurricane formed over the Bahamas and they called it Katrina. Not a big deal. I'd been living on the Gulf Coast my entire life and I'd stayed through plenty of hurricanes. Even one in '98 that knocked our power out for a week. My biggest concern at that time was the fact that I couldn't play Diddy Kong Racing until it was back on. In any case, this hurricane wasn't even supposed to hit us head on. Not a big deal. 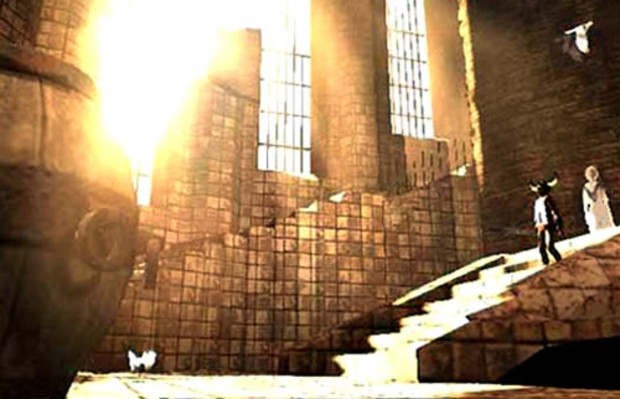 I remember beating Ico and feeling the same sense of accomplishment that I've always felt from beating games. I remember feeling the beauty and the simplicity of the game. I remember that feeling life goes on. As small of a part as these games played in this small, yet undoubtedly important chapter of my life, I feel that they really helped me to maintain order. I look back on Ico not as an amazing game that changed the way I looked at games, but a game that helped me when no one else could.

I ended up having quite a journey. After Memphis I moved to Upstate New York where I graduated with new friends and incredible memories. I moved right after graduation to Kansas City where I live now. Life has gone on and I've still got quite a bit left.

The Gulf Coast is my home. I've showed pictures of destruction that tug at my heartstrings because these are places I grew up and knew. I don't want the theme of this blog to be a total downer, so I'll tell you that my family was helped out in a big way by people from New York that were volunteering and giving out food in D'iberville. I later met this group of people in what can be called a highly unlikely coincidence when I moved to New York. I know, right?

Like I said, I'm very fortunate to be where I am today with the people that I love. And I'm fortunate to have an awesome community to share it with.
#Community    #OpinionEditorial
Login to vote this up!