5:32 PM on 06.01.2010 (server time)    0
[Disclaimer: This blog does not represent the views or opinions of Enkido as he exists in a sane state and he cannot be held responsible for the content expressed in this article. For real, he fears for the fate of humanity. Also, cocks.]

Gather round children, Enkido is going to share with you a moment of anonymous random stupidity he came across online the other day. 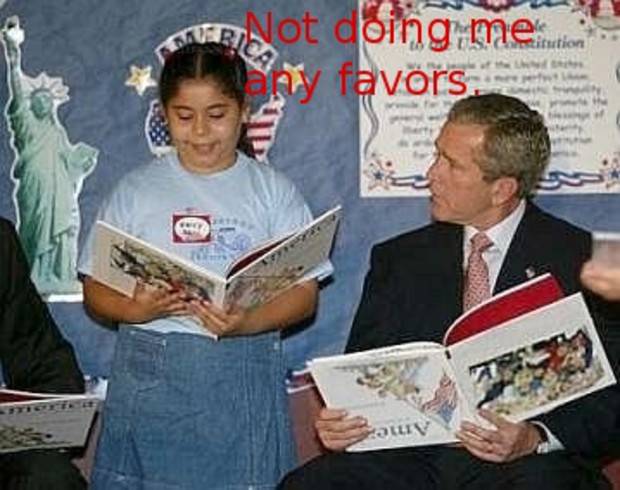 Now, when I say I found ignorance and stupidity in an online multiplayer game I can already feel many of you rolling your eyes and congratulating me on finding a grain of sand in a desert but bear with me. My online game of choice lately has been MAG, an FPS that stresses teamwork and leadership. Now normally I have very few problems with this game, when I am not in a leadership role I follow orders well and if someone who is new to a position is in command I can usually convince them that I know what I am doing and point them in the right direction. When I am in command I like to think I am competent, despite what my peanut gallery says, and I can generally make a battle go in a direction I want.

Now a couple of days ago I get back from work and fire up the PS3 and start MAG up. I log in and go to deploy selecting directives, which places me in domination, the largest game type. Upon getting into the lobby, I found that I was to be the designated squad leader for my group. I also, found that we would be defending against S.V.E.R., which is a bit of a downer in domination as they generally, well, dominate. Anyway, three of the people apart from myself have mics, but none of them really talk, fine by me as long as they can tell me when I need to know something. Then the battle begins.

It starts normally, I call in mortar strikes and sensor shells to devastating effect and everyone is happily going about our business in the area our platoon is defending. We are able to keep our bunker up and hold the cooling tower, until our bunker is hit with a precision air strike, something I have no control over. Eventually we are pushed back until it is time to hold the main objectives. Every other squad has already had their defenses down for about five minutes by the time ours fall and we begin the final defense of the primary objectives. A couple of minutes pass when out of no where one of my squad members speaks up, asking a question. "Is our squad leader American?" What a peculiar question, I think to myself. I have been giving orders throughout the entire game through the mic in English, and I don't believe I have any kind of accent. What could possess him to ask such an out of place question? Regardless, I figured he was awaiting an answer and so I obliged him, informing him that indeed I was an American.

All of the sudden I receive a vote to kick from the squad. For those of you who don't know, MAG has a system in which a squad can vote to kick a squad member by majority vote. This can be done to remove team killers or incompetent leaders. One person initiates the vote and if after a certain amount of time the necessary number of votes are amassed the member is kicked. If the votes can not be gathered the player is not kicked and the vote can be resubmitted at a later time. So now we are in a game, with me as squad leader, with a vote to kick after informing a squad member that I am American.

Needless to say I was confused. I asked "why are you trying to kick me?" to which he responded, "come on guys kick him, he's a stupid American redneck." Wait, what?


As an aside, I need to learn the banjo.

Now, I am not going to say that Americans are the smartest bunch of people out there, but that fact is far from all inclusive, nor do I, as far as I know, sound like I would imagine a redneck to sound like. As for the conditions when he made the statement, we are twenty minutes into a domination game, and granted we are losing, but not by the fault of our squad. He garners no votes in his first round as everyone else happily follows my direction to great effect. He, however, will have none of it, again voting to kick me and reasserting my national and inbread background. I ignore him as he is getting none of the support of the rest of the squad. His persistence remains unshaken, and he spends the rest of the game slandering myself and vainly attempting to kick me.

In the end, though we were defeated, our squad was able to hold the final objectives for the entirety of the match, save one moment after which the enemy was immediately rebuffed. It was a minor defeat, and in checking the final stats I finished as company MVP, with 5 ribbons, and a huge amount of Exp. My little foreign friend did not do so hot, finishing second to last in our squad, yet still making off with a fair sum of Exp for himself. Still it was strange seeing how even though our squad was doing well, someone could say something so strange and out of place. I wasn't really angry so much as confused, especially seeing how well our squad and platoon was doing relative to the others. Anyway, I figured you guy might get a kick out that story and knowing that I am a stupid American redneck.

Bonus question:
Aside from gaming one of my interests is World Politics. I was thinking of maybe doing a blog like once a month or maybe every two weeks talking about the big events that are happening in our world. This stems from the fact that none of my friends have any idea about what is happening in the word. I was wondering where I could find intelligent people with whom I might be able to share my interest with. I have tried news sites, but honestly some of them contain more ignorance, bigotry, and general stupidity than some youtube video comments. Then I though, wait Destructoid has more than a few intelligent people, perhaps some of them might be able to entertain a spirited political discussion. What do you guys think? Is it more suited to the forums?
#Community    #Rants
Login to vote this up!