Another for the Masses, a Mass Effect 2 review 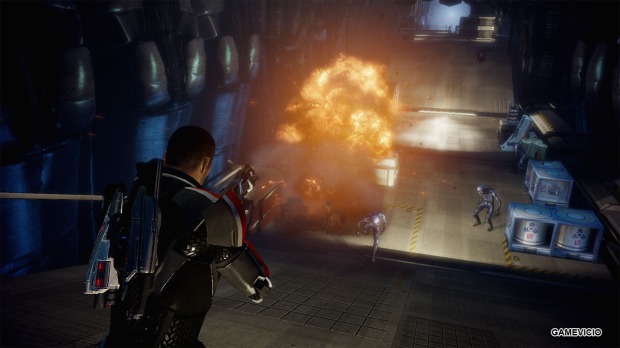 Gears keep turning. Four years after its launch, “Gears of War” remains the template, the archetype, the defining game by which all revolve around. In this mere second in video-games’ development time, there have been dozens of video-games that have borrowed, stolen, or downright mimicked the original “Gears of War”. One would think it was high time someone said enough, but no, the Gears keep turning. What originally seemed like an innocent, pleasing, ostensively dumb military action game, has now become one of the most harmful influences on the industry. When even a critically acclaimed and commercially successful company such as Bioware has to adapt its own model and genre to fit the conceptions of what is now deemed popular… you start wondering where this is all gonna lead the industry. Point being: “Mass Effect 2″, like so many others, is a straight up “Gears of War” clone. Worse even, one that adds nothing to that tiresome template. And it’s not just Gear’s combat that was appropriated, but also the comic-book aesthetic, that gray smudge of shattered beauty. Most of the “Mass Effect” universe now feels drab and life-less, lacking color and contrast, as if the whole thing had been attacked by a de-coloration ray. It doesn’t help that the ambient space-music soundtrack reads like a desperate, uninspired attempt to emulate Jarre and Vangelis: a flat succession of ominous keyboard choruses with no climax or fanfarre. Admittedly, the idea was to make the mood darker and more somber, “The Empire strikes Back” of videogames as they say, but “Mass Effect 2″ has none of the heart or aesthetic beauty of the one good “Star Wars” episode. 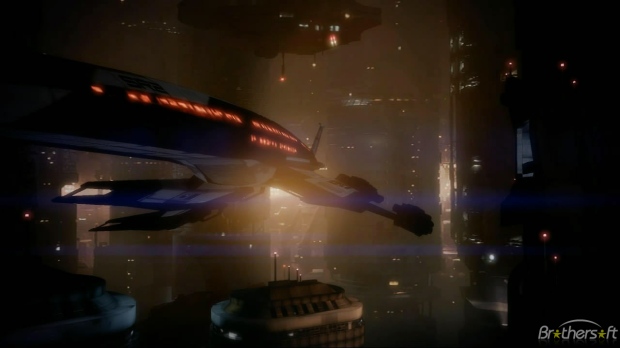 Sure, beneath the frantic shooting and the insipid sight-seeing there is still a Bioware roleplay to be found, but even that seems a poor repetition of things of gone by. There is simply nothing in the game’s architecture that wasn’t present in the original “Knights of the Old Republic”… a 7-year-old game. It’s all cleaner and streamlined, denoting a heavy investment (by EA) in terms of polish and user-friendliness, but we couldn’t care less whether a dreary old game is polished or not… it is still a dreary old game. Which is what “Mass Effect 2″ really feels like: a has-been trying to look cool for the younger crowd, by wearing trendy new garments. And whilst we appreciate “Mass Effect’s” new tricks – especially the cinematic aesthetic in character interaction – it’s depressing to see it come to no avail. The plot and characters promise intrigue and plot-twists, delving into cool sci-fi pop-references left and right, but (saving minor episodes) all they can deliver is a never-ending no-thrills ride, with no dramatic insight or thematic depth to speak of. Even “Mass Effect’s” sole redeeming factor – the notion of scale of its universe, brought upon by exploration of each planet – has been duped for a ridiculously boring mini-game which you’re constantly forced to play. All in all, the only minute pleasure to be had in “Mass Effect 2″ lies precisely in its “Gears of War” combat… and we’ve all played that many many many times before. It’s not fun anymore.
#Community    #reviews
Login to vote this up!