Now Loading: How I Ruined my Own Gaming Life and Blamed FFXIII for it 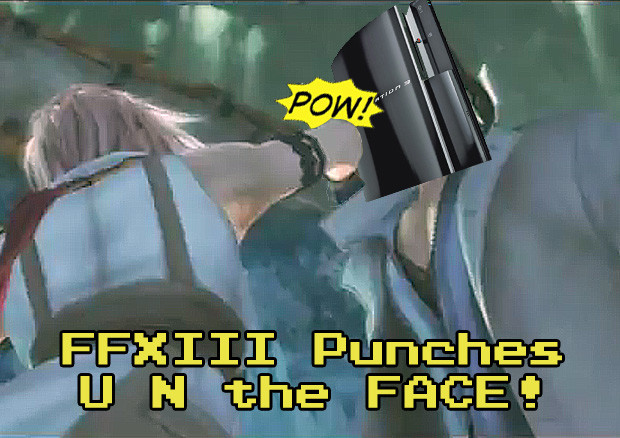 Other games: Honestly, I think I prematurely blamed FFXIII for keeping me from playing other games when in fact it probably has a lot more to do with the awesome spring weather and my current obsession with reading at least one book a week.

Despite finishing up FFXIII on Monday I have only played about an hours worth of Red Dead Redemption. However, I plan to do a shitload of gaming this week so I should have an article focused on RDR and possibly a few other games next week.

I'm still playing tons of Nethack on my iPhone, now that I 'get it' I think it's a game I'll be playing for years to come. I plan to write a separate blog focused just on Nethack sometime this week.

Lazaro Cruz is a former member of the fictional gang The Orphans who appeared in the 1979 film 'The Warriors'. In his free time he enjoys overdosing on trashy B-movies, siccing his dog on Mormon proselytizers that visit him at home and founding a new religon based on the tenets espoused within Kung Fu movies. You can email him at [email protected] or check out his twitter feed at http://twitter.com/LazaroCruz.
#Community    #Rants
Login to vote this up!

A Fistful of Lists:


Short List of Shame:(Some of the games I really need to play ASAP)
Half Life 2
System Shock 2
The Ultima Series
Shadow of the Colossus
Thief
Deus Ex

Stuff I have recently spent my $$$ on but haven't played: