LOVE SHMUPS?? You may want to take a closer look at this. 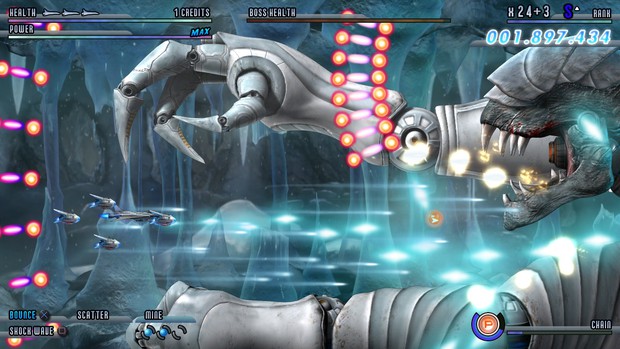 Personally I'm digging the score-linked difficulty that changes what's thrown at you based on how good you are. The better you are ranked, the more enemies are thrown at you. That and the replay file sharing pretty much sold me on the game. Having just to go to the leaderboards, pick the highest score and then view their replay to see how the hell they did it is going to be fantastic. It doesn't hurt that the game is friggin' gorgeous either. Running at a native 720p with crisp bullet hell eye candy and ridiculous bosses? Yes, please. Here's one more video of it for you to peep at.

Again, if you love shmups, you may want to take a closer look at this game.
#Community    #reviews
Login to vote this up!