Samus Happens to be a Girl, Or Why Samus Isn't a Strong Female Hero 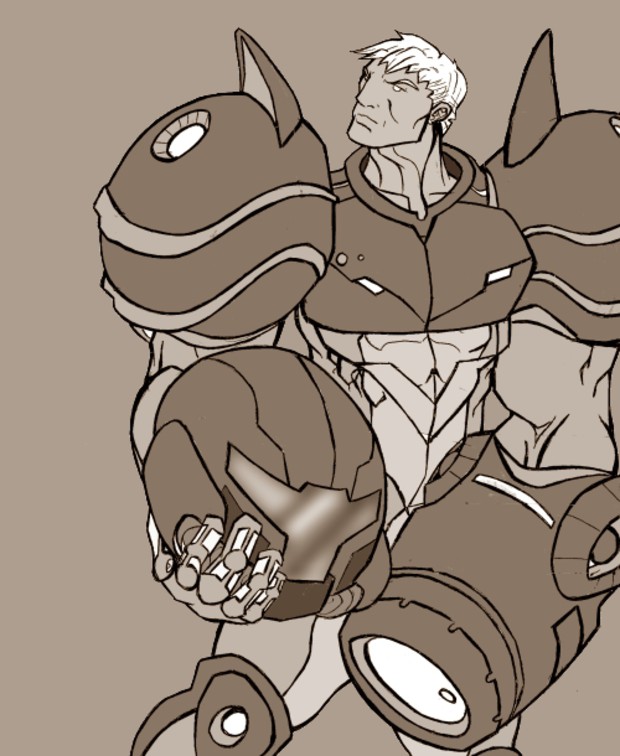 A few days ago I read Ludonarrative Dissonance in Bioshock: The problem of what the game is about, by Clint Hocking, and (aside from learning I was the nerdiest person on the planet) I became inspired to write some game criticism of my own. So I sat down to write about why I felt that Samus was not a truly great female hero. I worked at it for the next hour but when I looked back at what I wrote I realized that writing game criticism is difficult. I sat down and argued that a female hero is one who uses her femininity to her advantage, and was strong through being a female, not a faceless character who just happens not to have a Y chromosome.

So I went back to rewrite my thoughts about the woman in the metal suit, but I kept having Vietnam style flashbacks to the 22 pages I just had to write about the play Double Falsehood (for those of you who don't know, it is a play that Shakespeare may have written), so I quickly shelved that project and got back to playing Beyond Good and Evil. As I was playing I began to pick up very quickly on Jade as one of the best female characters in any video game. She was what I knew Samus was not.

I began to analyze all of Jade's methods and motivations I had encountered so far in the game (I told you I was the nerdiest person on the planet), so allow me to share them with you:

A) She is nurturing.
When the player is first introduced to Jade, she is running an orphanage with a pig-man but struggling to make ends meet. She continues her nurturing throughout the story as she protects the weak throughout (I'm resisting the urge to call her a mama bear).

B) She isn't aggressive, but is strong when she needs to be.
A large portion of Beyond Good and Evil is taken up by stealth sequences in which Jade can either fight or hide. Jade, however, is not particularly good at fighting these enemies, making sneaking a much better option. But Jade is not weak by any stretch. In the beginning of the game Jade has to defend her orphanage from alien invaders and she does so through brute force (once more I'm avoiding calling her a mama bear.)

C)She inspires others to be their best.
Beyond Good and Evil plays a lot like the Legend of Zelda games, which are primarily focused on fighting your way through dungeons and killing large creatures and evils. Jade could fight her way through hordes of enemies (I'm confident she would survive), but instead she chooses to take pictures of what takes place behind closed doors. These are distributed to the masses, who then start to stand up for what is right and choose to save the world themselves.

So after I made these realizations I thought back to Samus. Was she nurturing? Not really. Was she overtly aggressive? Yeah, but she was sent into these highly volatile areas knowing everyone wanted her dead. Did she inspire others to be their best? This one required some thought, as she never really came into contact with anything that didn't want to kill her.

So was Samus really a female hero? Not really, she was just a hero who happened to be female. She could really be replaced by anyone else in that suit, Gordan Freeman, Link, Quote, Chell, the guy from F.E.A.R., Soap, or Ness. This isn't to take anything away from Samus as a hero, or from the games themselves, but Samus could be a man, or an alien, or a robot and the games themselves would not change much if at all.
#Community    #Rants
Login to vote this up!