So, you wanna be a Pokemon Master?

3:14 AM on 05.18.2010 (server time)    0
Due to the luke-warm success of my previous blog, and my growing boredom, I have decided to make some blogs instructing you guys on the finer points of competitive battling. This article will deal with tiers, and some key terminology.

First off, you have to know the tiers that separate the pokemon. They mostly are formed by how often they are used, but there are times where pokemon are banished form a tier because of how over powered they are. I'll even go over one select pokemon from each tier, and why they are in there. 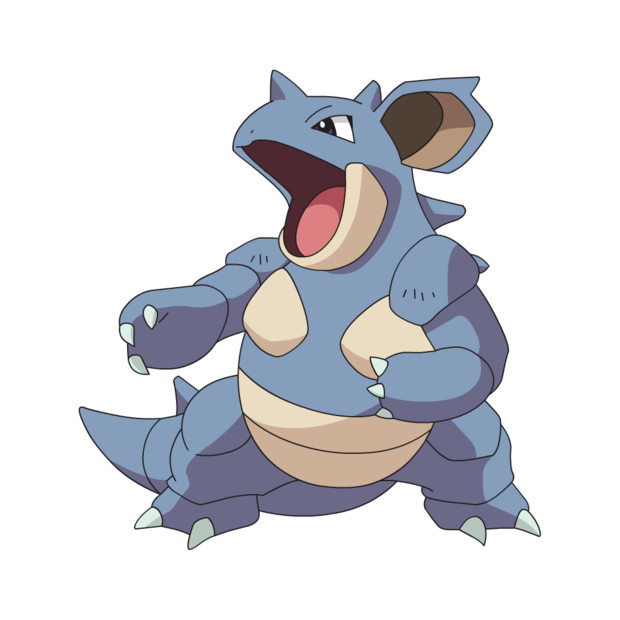 I tried looking for a cool image, I really did. But the results were....disturbing.

The last tier is called Never Used. It's exactly what you think it is. This is the resting place for pokemon that were too awful to use, or were just never really used too often. Some pokemon in this tier can easily find success in OU, but are not used enough to justify placing them in that specific tier (Nidoqueen is a good example). The metagame isn't exactly stable here, but it can be a fun experience.

I suppose I'll examine Nidoqueen for this one, as she's pretty interesting. As meantioned before, Nidoqueen can be pretty successful in OU. She resists Stealth Rock, absorbs Toxic Spikes, is immune to Thunder Wave, and has good defensive stats. So, I'm betting you're wondering why she isn't in OU, and is in NU. What? You're uninterested in this? Well, I'm gonna tell you anyways, you jerk. This is because she isn't used enough to be in OU (As they are plenty of "walls" in that tier, who are more reliable). As for why she's not in UU, then, might have something to do with the presence of Alakazam, among other things. Stealth Rocks isn't quite as prominent in UU, and Alakazam is one threat Nidoqueen does not like (and he is used often enough in that tier, given his awesome Special. Attack and Speed). So, she isn't used in that tier enough to be considered in UU. Still, she's a reliable wall, and can benefit many OU teams. Do not let her tier placement fool you.

Here I'm going to go over some key terms and attacks you should know about.

Stealth Rock: Pretty obvious what this is, but it's more important that you may realize. Stealth Rock is essential in many teams, and can neuter many threats. In fact, it's one of the sole reasons that many pokemon cannot make it into OU. Stealth Rock does 12.5% damage to any pokemon that switches in. If they are 2 times weak to Rock, then it does 25%. If they are 4 time weak, then it does 50% (which is why Moltres is not in OU, among other things). If a pokemon resists Rock, then Stealth Rock will do 6.25% (normal resist) or less (only if it is quad-resisted). Stealth Rock is commonly abbreviated as SR. Rapid Spin will get rid of SR.

Spikes/Toxic Spikes: Spikes, like Stealth Rock, are also important to know about. Spikes are not influenced by resistances or weaknesses, but you can be "immune" to them (By being Flying type, or have the abilities Magic Gaurd or Levitate). One Layer of Spikes do 12.5%, 2 layers do 18.75%, and 3 layers do 25% upon the pokemon switching in. Toxic Spikes can only have two layers set up, and will only poison an opposing pokemon that switches in. They do no direct damage. One layer only poisons, and two layers badly poisons (like Toxic). You can have 3 layers of normal Spikes, and 2 layers of Toxic Spikes set up at one time. They can be spun away by Rapid Spin, as they should be. Spikes are a huge threat to any team that is not prepared for them.

Entry Hazard: This is simple. Entry Hazards are Spikes, Toxic Spikes, and Stealth Rock. That's it. If you read the above definitions, then you realize how important they are.

Lead: A lead is the first pokemon sent out in battle, and are not typically damage dealers. Instead, it is their role to set up entry hazards and, if possible, stop others from doing the same (taunt). Leads are typically fast, and have a Focus Sash equipped (let's them survive what would otherwise be a move that would OHKO them). After setting up, they can then start on the offensive.

Taunt: The bane of many a lead's existence. A single taunt could end up making your lead useless, and force you to switch out while they set up their entry hazards. The only real way to stop a Taunt is to be faster than them and Taunt them first.

Rapid Spin: Another move you need to know about. Rapid Spin will get rid of any entry hazard, along with Leech Seed. A team should always consider having a Rapid Spinner (a pokemon who's purpose is to Rapid Spin away hazards). Rapid Spin will fail if a Ghost switches in to the pokemon that's about to use it.

Sweeper: A heavy hitting pokemon that is used to inflict damage fast. Typically, they aren't really meant to take a hit, but they can. Swords Dance and Nasty Plot should be put in their movepools, if they have access to it. Sweepers are typically countered by faster sweepers or walls. Sweepers come in three varieties: Physical, Special, and Mixed. It's typically best to put a +Speed nature on them. Choice Band, Choice Specs, and Choice Scarf are items commonly held by some sweepers.

Scout: A pokemon that is meant to scout out the movesets of another pokemon. They typically have U-turn and Protect, so that they can safely scout out the opponent's movesets. They are very important, as they can help you best counteract some of the game's more dangerous threats by letting you determine what their move pool is.

Wall Breakers: Pretty similar sweepers, but are designed to take down enemy walls. It helps if they are immune to status effects like Toxic, or benefit from them, so that they do not get stalled out. My understanding of them is hazy, at best. Having a mixed movepool (Physical and Special attacks in one movepool) will help them deal with most walls.

Cleric: These guys are meant to support the team, and remove any status effects inflicted on your team. Safeguard, Heal Bell, and Wish are some common moves you'll see on a cleric. They can also use status moves to incapacitate their opponents, if they should have access to them. They should also have good defenses to soak up the hits while they are supporting the team (they will be switching in often).

Well, that's all for now. There are more key terms and concepts I will cover in a later article. I hope this has been informative for you. Perhaps this will make entering "competitive battling" a little less daunting for some of you that are reading this.

Also, if you want to learn more (from a much more knowledgeable source than me), I suggest you go to Smogon. They have way more articles than I could ever write, and they really know their stuff. It's a bit complex over there, mind you. My articles are only meant to simplify some of the stuff they talk about.
#Community
Login to vote this up!