Some Thoughts on Lost Planet 2 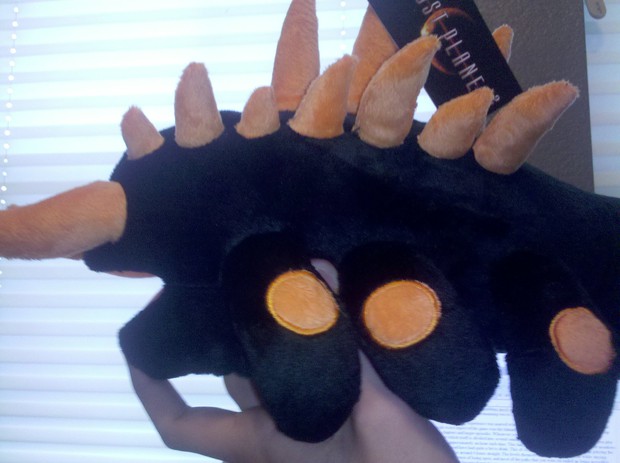 This past Saturday I got to go down to the Destructoid San Francisco headquarters to play Lost Planet 2 with some members of the community and the Destructoid editors. I ended up playing the game for somewhere near 7 hours straight and it was a generally mixed experience.

The game itself is a third person shooter set in the future on a planet that is somehow both snowy and tropical at the same time. Once I got over that geothermal marvel, I got to fight some gigantic bugs (I later learned that these bugs heated up the tropical areas) and this was genuinely enjoyable. The enemies required the entire squad of people to work together in order to take them down. These were the best moments of the game; everybody got into sync and it became a well executed dance with people grabbing mech suits to target the boss' legs, another to shoot its weak points for damage, and the remaining two to climb inside and really lay the hurting down.

This lovely experience was marred by essentially every other aspect of the game. The single worst aspect of the game was the blatantly broken checkpoint system. The game is broken up into chapters and larger episodes. Whenever you die you are forced back to the beginning of the chapter, which itself is divided into several smaller areas. This means that every time you die you play through approximately the same hour. This happens to be a problem when the other three members of your squad have had quite a bit to drink. This of course happened to me and I ended up playing the same level for around 4 hours straight. The levels themselves were incredibly linear, while staying under the pretense of being open, and most of the paths that you were on ended up being incredibly confined, which became frustrating as you would be swarmed by a mass of giant bugs and require your teammates to shoot them off of you. This wouldn't be much of a problem, but when you are hit by an enemy you are knocked back which stops you from doing a number of things including shooting. This means that if you are all surrounded with bugs your group is invariably screwed.

This game felt like a bit like hiking; the trip there is hell, but once you get there it's great. I played the multiplayer a bit as well and didn't like it much, but it was at 3 in the morning with a bunch of drunk people so I'm not sure that my experience with that was representative of the whole. I can understand the reviews the game is getting (generally not favorable) despite my hopes for this sequel to sort out the problems the first game had.

I now want to play backseat developer (despite not having any game development background to give me any credibility) and try to remedy some of the problems with the game. The checkpoint system needs to be changed so that it does not force the player to slog down the same hallway 50 times. The co-op life system was a bit janky as well, due to the fact that the the group shares a collective number of lives that increase whenever a respawn point is reached. This system would have worked well if there were not so many instant deaths in the game (fish that happen to eat through your metal armor are in essentially every body of water). There were also too few lives to share between the group. I would fix this by giving the group more lives, but making the respawn timer longer or making the enemies stronger in general. The level design was too compact in most of the places I played, so the act of making a small hallway that was essentially single-file could be widened just a bit to allow for another tactic besides running and gunning. Also while I was playing I had the problem of not being able to see the grunt level enemies against the background. This meant that the only way I could progress in the game is to shoot where I saw giant red Xs pop up over where the game told me there were enemies, this could be fixed by re-skinning the characters in something that isn't the same green color of the trees/grass/bugs/every other thing in the game.

So really at the end of my night with the game I had to put the controller down and walk away. The game had good intentions, but that couldn't carry it far enough. I wouldn't recommend buying the game at a full retail price, but paying somewhere near $20 would probably be worth it.

The picture up above is the Sir Omnomnom plushie I got at the event (it's about a foot and a half long).
#Community
Login to vote this up!