2:10 PM on 05.15.2010 (server time)    0
So, the long awaited and possibly anticipated JoeCamNet Edition of A Compulsive Collector’s Haul has finally arrived. Some back story is most definitely in order. Both being collectors and all, a friendship between myself and JoeCamNet developed fairly quickly. Due to some unfortunate circumstances and all, our good friend was in need of some funds for various reasons and whatnot. He decided he to sell some of the items from his collection, and this blog shows off all the things that have been bought by one collector from another collector. Not all is shown, since my homeboy possumwrangler was also involved as well. This is also over a period of several months, and despite how he’ll get “angry” at me, I still feel guilty and bad in the back of my mind for buying most of these items and all. He even threw in a fair number of swag items as well. Reasons will not be disclosed, but I do wish the best for JoeCamNet and trust me mate, things will improve dude and stay positive! 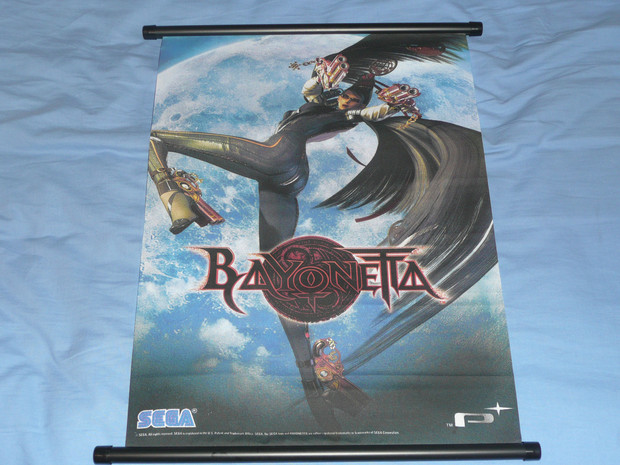 We have more Bayonetta, only this time it’s a wall scroll, which is a little easier to put up than 8 posters.

Well, that does it for another edition of A Compulsive Collector’s Haul. Once again, much love to JoeCamNet and all. Stay positive mate, everything will be okay. d(‘-‘d) With the last couple hauls out of the way though, I can finally catch up with everything I’ve gotten from like March and April, so stay tuned for those folks, as I think I’ll have a blog just about all the consoles/handhelds I’ve gotten too! Until next time, latez mates!
#Community
Login to vote this up!