Let's do this! PS3 Fight Club 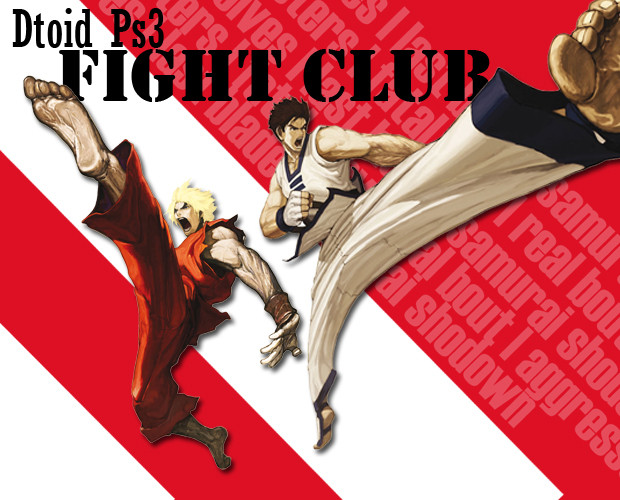 It's time, ladies and gents! The 360 crowd has a well-organized fighting game group; the PS3 crowd needs to step up. There are too many good fighters out and it's time for this community gets behind them. Someone needs to take charge and, since no one else has done it, I'm going to.

The Goals
Goal #1: To convince the PS3 community to play frequently and train together and to level up as a group. It's about more than competition; it's about working with others for the improvement of all.

Goal #2: Ranking battles for the PS3 crowd. The 360 crowd has this down and we need it too. Nothing helps players figure out how much they've improved or how far they need to go better than community rankings. I'm looking into a software solution for brackets.

Goal #3: Increase the number of players on the PS3.

Goal #4: Promote all fighting games on the system. I plan on getting Ranbats done for Super Street Fighter IV and King of Fighters XII. When KoF XIII, it will replace XII. BlazBlue is to be determined. I'm not sure where the community is on that game.

If you're interested, let me know. Depending on the response, we'll get this part started.
#Community
Login to vote this up!