3:00 PM on 04.29.2010 (server time)    0
[Disclaimer: This blog does not represent the views or opinions of Enkido as he exists in a sane state and he cannot be held responsible for the content expressed in this article. For real, he knows not what he is getting into. Also, cocks.]

So recently I, and I'm sure many other people, bought the latest entry into the Street Fighter series, Super Street Fighter IV for the PS3. Fair warning, this is the very first Street Fighter game I have ever owned, and in fact my first time playing it when I got it represented the fourth time I have ever played a Street Fighter. Why would I get it then? That is an excellent question and I am sorry to disappoint you, but I don't really have an answer. I have never been that into fighting games. I had played them sure, but when I say I've played fighting games, I am talking about Dead or Alive and Naruto: Ninja Storm (I know, for shame, feel free to decry me in the comments). I figured that since the fine members of Destructoid hold it in such high regard, it may be time to graduate to a respectable fighter. That said, at $40 dollars the price was right to pressure me into a fit of capitalism that would make Smith and Keynes proud. 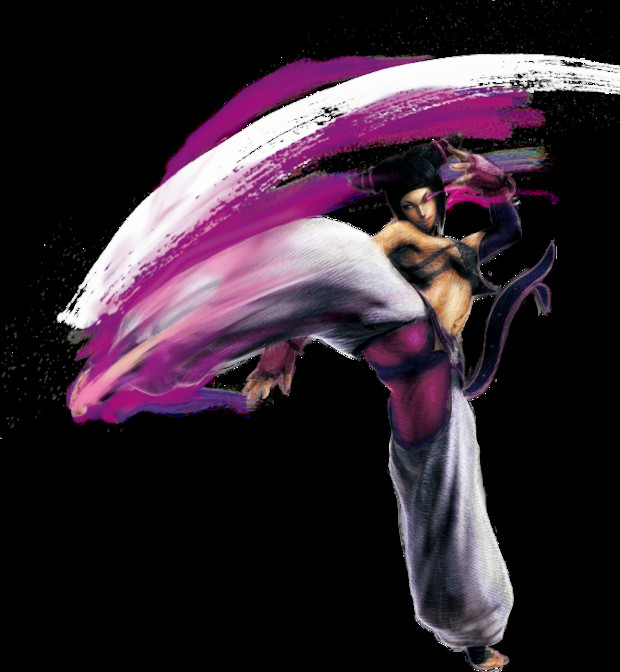 I hate Juri so much.

Well I finally managed to settle on a character. I am sure your all dying to know, so I guess I'll tell you. Dudley is definitely my character of choice. I like both the way he fights and his actual character as a whole. The perfect English gentleman, I really like the way he handles and he does good damage. I have started to learn some of his combos and can combo into a super or ultra, although not always dependably yet. I also really like his counter move, which I can do dependably. Which actually brings me to this.

There is something I can't help but notice about Dudley. First of all watch the counter in this video at around 1:28. Go ahead I'll wait.

Okay now that that's taken care of, did you see the sparkle in his eye? Well tell me that that doesn't remind you of this.

I'll let that sink in for a second... You good? Mind blown? Alright. He reminds me a lot of Armstrong. He has the same mustache, he fights with his fists, and if you at his hair he even has that little curl thing as part of his haircut. I can't help but notice every time I play him.

I guess I've been rambling for long enough so I guess I'll end with some quick thoughts. I also kind of like playing Makoto and have been practicing with her a bit too. There are a couple others that I like but I haven't had time to play with all the characters yet and Makoto and Dudley are the two that I like so far. Also, I am using the PS3 controller, and while better than the 360 controller I am still thinking about getting an arcade stick, if any of you could recommend a certain kind, I would appreciate it.

Well that about does it, if your looking for a match, or a punching bag, just let me know, my PSN is Enkido-Dono, and I may be there for FNF, knowing Yojimbo I'm sure it will be an event. Remember though I am very new at this, so please, be gentle.
#Community    #Rants
Login to vote this up!