2:45 PM on 04.27.2010 (server time)    0
Have you ever had a dream so weird, that it just had to have been inspired by a video game?
How boring might our dreams be if we weren't gamers? Do you ever think about how different your mind might be if you'd never picked up a controller?

Well, enough of that important-sounding stuff. Let's talk about me.
I've always been a little odd when it comes to dreaming; I love dreaming, lots of people do. But, unlike most people, I also enjoy having nightmares. Nightmares give me a sensation of fear and excitement like even the best horror films and survival-horror games can't come close to. And I'm a BIG survival-horror fan.

Last night, as you might surmise by the title of this blog, I had an intensely awesome nightmare. I wrote it down when I woke up because it was cool, but it wasn't until a little while ago that I realized (or, rather, had it pointed out to me by sonofbaconsandwich) that it was quite similar to Oddworld. I have video game-inspired dreams all of the time, but I found this one weird because I hadn't played (or really thought about) Oddworld in YEARS. 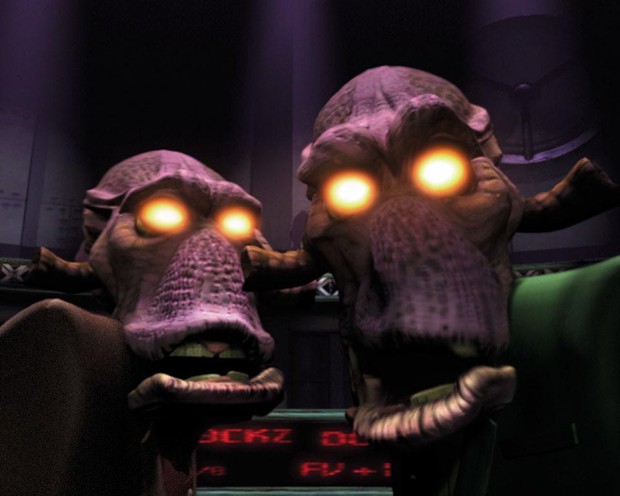