The last day I play a much loved videogame. 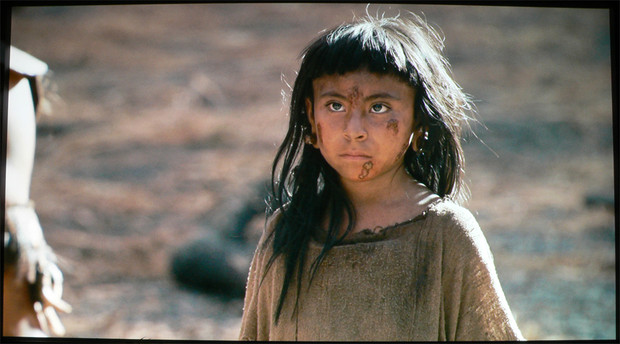 You fear me? So you should. All you who are vile. Would you like to know how you will die? The sacred time is near. Beware the blackness of day. Beware the man who brings the jaguar. Behold him reborn from mud and earth. For the one he takes you to will cancel the sky, and scratch out the earth. Scratch you out. And end your world. He's with us now. Day will be like night. And the man jaguar will lead you to your end.

On the surface, there is nothing different about today. I awoke just like I do everyday. I fix myself a bagel smothered with strawberry cream cheese accompanied by a robust cup of coffee. I get online, head to Destructoid, read all the c blogs, head to the forums ( my stomping grounds ) and look through various threads. Finishing my bagel, I pour another cup of joe, turn away from the computer and skim the many games I have in my collection. Which one will raise its proverbial hand in order for me to notice it and in turn put some loving playtime with today?

That's when a revelation hits me. Today is April 26th. That means tomorrow one of my favorite games, a game that has brought me much joy, will become irrelevant and unfortunately be put to pasture by yours truly. I will never play this game again after today. I am saddened by that fact. By its early demise, its impending death and so I take it out of its still pristine case, insert the game disc in my PS3 and put some time into the time trials that I haven't finished yet with certain characters. For those that are not fighting game fanatics and have not memorized the date of April 27th as the day Super Street Fighter IV comes out, then I guess I'll have to tell you the game I'm talking of never playing again is Street Fighter IV. Or how it's affectionately called by those who have played this game to death and await the new iteration...vanilla.

I put about an hour more of game time towards it, never do finish the time trials that I wanted to finish and put the disc back in the case. That's all she wrote for that. No more intending to play for just an hour and playing till the wee hours of the morning. No more playing against my Dtoid homies, especially Solgrim and while playing talking amongst ourselves how we can't wait for SSFIV to come out. No more putting time into the practice mode perfecting a certain combo with Gen that I still can't quite get. Just no more. Fin. The end. Asta luego.

I think about writing a proper send off in a blog here. I even contemplate giving away my copy of it to some poor soul who hasn't experienced the bliss of an honest well honed fighting game. Then I think, no, those folks should be steered to the better, even more polished grounds of the new SSFIV with more characters, more ultras, more tactics/combos to uncover, real online lobbies, and the return of a better Guile. Perhaps this is sacrileges but the best send off to Street Fighter IV is to ignore it all together. To move on to the lands of the new and improved.

It's been fun SFIV. Thanks for the memories.
#Community    #Rants
Login to vote this up!