How I spent the Monster Hunter Tri party

First awesome thing that happened was when they were setting up the cameras so we could see the room. Rey set up the first camera, and asked the chat room what the shot should be called. I said it should be called the Lazerpig shot. He liked that idea. The first camera shot was called Lazerpig, and that made my night. And it had only just begun.

Later, they asked if there were any questions. I don�t remember the subject, probably Monster Hunter Tri, but they didn�t specify anything, so I took the opportunity; I asked who would win in a fight, Batman or Captain America. Rey read my question out loud, laughed, and they proceeded to discuss it for a bit, as did the chat room. It was generally agreed that Batman would win. 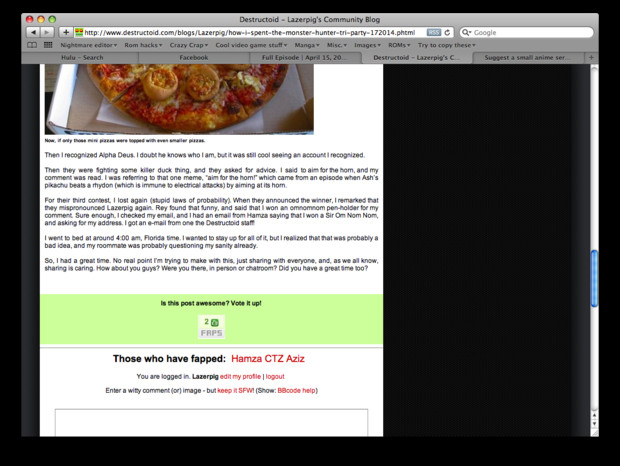