10:47 AM on 04.24.2010 (server time)    0
Don't you just love loving things you think are underrated? I know I do. There is something almost magical about stumbling onto something on the internet that you've never heard of, only to find out its absolutely amazing and inspiring you to tell the world. Since at some point and time it seems everyone in here makes a list on video games or video game characters I figure I might as well do mine. I'm going to count down my top 10 underrated video game characters, why they were ignored and why you should love them too.

Overlooked because of: Parental Favoritism.

Why you should love him: Most people around here are aware of Ristar, and as such I don't feel I need to go into much detail explaining him. Ristar was a great, unique platformer and Ristar was an awesome character. He was cute, but also had a lot of personality. Sadly, Sega doesn't exactly treat its older franchises very well, and he was never given another game again.

Any hope for new a game?: The answer is a resounding "Maybe, but unlikely." Sega has recently spoken about their treating its older franchises with more respect. While the possibility of a Ristar is possible, I doubt very much that 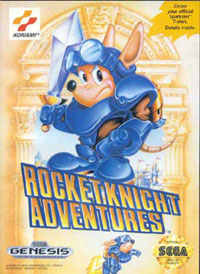 Overlooked Because of: Changing industry.

Why you should love him: Let me get this out of the way. Sparkster Rocks. No if, ands, or buts about it. In sea of Sonic imitators, Sparkster stood out. It was one part awesome gameplay, one part great character. Sparkster isn't just some bad ass with a bad attitude, he actually had more of a timeless look to him. That and he's just so inventive, even among all of the other quirky mid 90s platformers. He's a knight with a jet pack. Seriously, how awesome is that?! Did I mention that he's also adorable? While he was a big hit back in the day, the animal mascots eventually fell out favor with the industry as a whole. In addition most franchises were making the leap to 3D and the Sparkster series can't really translate into a 3D game. There were two additional games in the franchise on the Super Nintendo and the Genesis, but interest in him died down until recently.

Any hope for a new game?: Actually you're in luck! There has been a new Sparkster game in development and its release date has been set for May. As in next month. Awesome, huh? You should totally buy it.

Overlooked because of: No real continuation of the franchise.

Why you should love him: Zeke is just cool. Not only was Zombies Ate My Neighbors awesome, but he's also got such a neat character design. Name another video game protagonist who is a complete horror movie junkie who always wears 3D glasses?

Any hope for a new game?: Probably not.

Overlooked Because of: Very niche game

Why you should love her: Drakengard is a game I can't help but respect. I categorize it in the same place I categorize Fragile Dreams: Games with great narratives but lack luster game play. Drakengard is very grindy, bleak, and the switch between ground stages and aerial stages is very jarring. Why is this game so and Arioch in particular so cool? The extremely violent, dark, and brutal narrative. When it comes to darker and edgier narratives there are three main ways you can do them. I like to call them the Evil Dead path(Treating the extreme violence and gore as a joke relying on narm charm or dark humor to pull it off), The God of War path (extreme violence handled with the maturity of a Mario game, or as an extreme sport of some kind) and finally, The Berserk Path (Hyper Violence that exists in a dark, serious, and adult minded narrative). Drakengard does the latter, and is the only time I've seen a video game ever try to tackle narrative and character sensibilities usually reserved for the darker end of the spectrum of Seinen manga and not fall flat on its face (Narrative wise at least).

Arioch is on this list because in a complete crapsack world filled with very, very, very disturbed characters, she manages to take the cake. Not only is she batshit insane, she also eats babies. I know you probably chuckled at that, but I assure you it's actually quite disturbing. Did I mention she's on your side?

Any chance for a new game?: There was a Drakengard 2 that was released. Unfortunately it had a much lighter and softer tone compared to the original and Arioch vanished from the story completely. There have been rumors of a Drakengard 3 so keep your ears open. 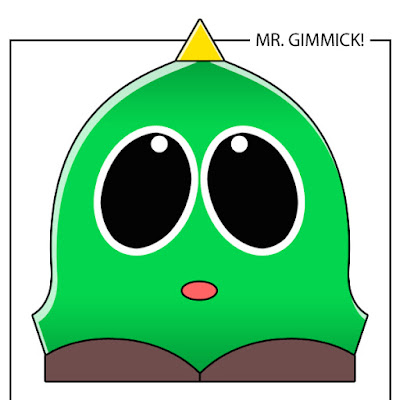 Overlooked because of: Never localized.

Why you should love him: The internet is a wonderful thing isn't it? Before, your chances of hearing about or even playing this amazing game were extremely limited. Mr. Gimmick(Just called Gimmick!! in Japan) is a cute stuffed animal that shoots stars from his head to defeat enemies. You can also jump on stars and ride them, and mastering this is required to beat the game. But seriously, just look at Mr. Gimmick. He's just so cute! A full playthrough of the game can be found here. Roms of this game aren't terribly hard to find. I warn you though, this game is reaaaaaaaaaaaaally hard.

Any hope for a new game: Probably not.


5. Every single Undead Protagonist in a video game ever.

Overlooked because of: THERE IS NO FUCKING EXCUSE FOR THIS!!

Why you should love them: Okay, I'm kind of cheating with this one, but I can't help it. I love zombies. No, I adore zombies. They're so much fun. I tend to dislike things involving killing zombies though. It has been played out so much is become almost a joke in of itself. That said, I love games with zombies as protagonists. There isn't a terrible abundance of these kinds of games, though they are often times they are huge commercial and critical successes. Sadly they often seem to be forgotten by the shuffle of time and video gaming culture. Anyone who knows me knows that if there is ever an option to play as a cute female undead nothing can stop me from rolling one. Let's take a look at some of the ones we may be forgetting and give them some love. 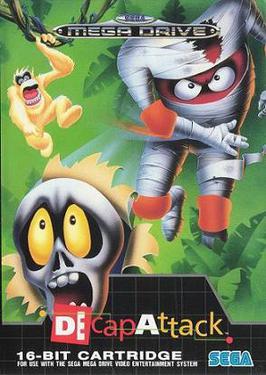 Zombio and Zombiko rock. They should totally get their own action adventure series instead of just House of the Dead EX

Any hope for a new game?: For those guys up there? Probably not. That said, someday someone will get the crazy idea to have a zombie protagonist in a video game.

Emperor Taco was an absolutely brilliant platformer for the Sega Genesis and one that has been completely forgotten by history. It's filled to the brim with brilliant level design, an absolutely insane world, and of course, Emperor Taco. In Emperor Taco's Great Escape, you play as the titular character, an anthropomorphic taco with a royal scepter and a crown. You use your lettuce to grapple and swing, your scepter to smack stuff, and you have refined beans as land mines. Also, if the timer ran out, you were instantly killed by an overweight man who would eat you. And I don' t just mean swallow you who, he would tackle you and go at it like a wild animal.

Any chance of a new game?: No as the company that made the game, Steven's PJs Games, went out of business in 1996.

Overlooked because of: Its part of the OST.

Why you should love it: Shut up! Yes, I know it's a song. But just listen to it! It's a character of the game in its own right. It's a crazy blend of music you would NEVER expect to hear in a Castlevania game; A crazy blend of jazz, bossa nova, classical, funk, and a dash of techno in there as well.

Any hope for a new game?: While there is always a new Castlevania game on the horizon, this particular song on the soundtrack doesn't game much love. Konami has never been shy about remixing its more popular tracks for newer games, but it's very unlikely to see this game appear in another Castlevania installment, let alone star in one like it deserves even if that is theoretically impossible.

Overlooked because of: Too good to last.

Why you should love him:Ah yes, Yo-Yo. You're probably wondering "Well whats so special about him? Sure he was in a good but underrated game but he wasn't really a character". I'm here to inform you that that thinking is wrong. Not only is Yo-Yo a good character, he is the deepest character. Ever. In Jet Set Radio Future, Yo-Yo is portrayed as a kid who joins the GGs simply out of boredom. He is considered a compulsive liar with a silver tongue. He's crippled by a huge superiority complex, trying to impress people with his constant lying and tall tales. Each of his "WHO DA MAN!?"s isn't a boast. It is a cry for attention and help. At the same time, Yo-Yo is redeemed through his athletic skills and his growing friendship with the ever growing GGs. However, his desire for attention and adoration leads him to go after the Golden Rhinos alone, leading to his capture. However, the power of friendship manages to overcome the rhinos and Yo-Yo is freed!

Any hope for a sequel?: We are very unlikely to see a new console installment of the Jet Set Radio franchise. They might be critical successes, but they are extreme financial failures. The last installment was the on the GBA in 2003.

Overlooked because of: Zero, the Ensemble Darkhorse stole the spotlight.

Why you should love him: I don't know why people loved Zero when Flame Mammoth was also in the game. He really deserved every single bit of the love. The Megaman and Megaman X franchise were never exactly creative with the bosses. You have guys like Chill Penguin, Snakeman, and so on. Then Flame Mammoth came along. When you think of a Mammoth boss, you think they would use ice because they lived in the Ice Age but NO. This guy uses FUCKING FIRE. He breaks all the conventions. This is why Flame Mammoth is my personal favorite Megaman and he should be yours to.

Any hope for a new game?: There better fucking be! When the hell is Flame Mammoth going to get the game that he deserves?!
#Community
Login to vote this up!