I'm basing all of my analysis off of these three pices of art: 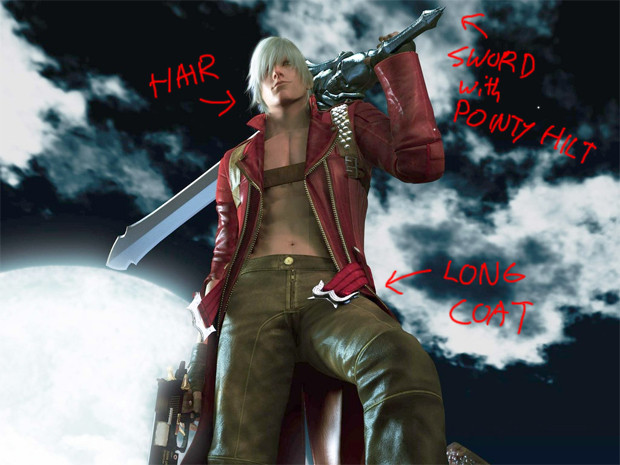 Why: Because everything about Dante SCREAMS to be in a fighting game. Really, it's amazing it took them this long to put him in one. He's one of Capcom's most recognizable stars and translates extremely well in to this genre.

Other Thoughts:
One thing I've noticed that I haven't really heard anyone else mention is the darker tone of this edition. Look how much black is in the character models. Notice how the trailer happens entirely at night. Seth Killian mentioned that Chris Redfield was indicative of the kind of characters you'll see from Capcom's side and this new emphasis on story all leads me to believe that some of the goofier/kiddy/wierdly proportioned characters are going to be left out.

By this, I mean don't think we're going to see characters like Viewtiful Joe, Servbot, or Tron Bonne show up. They can't not have Mega Man, so maybe they'll use the X version but I think that's as far as they'll go. I hope I'm wrong about that route though since I don't want to see their choices limited and part of the Vs series charm was how over the top weird and crazy it can get (plus I really want to see Viewtiful Joe in this). We'll see.
#Community
Login to vote this up!