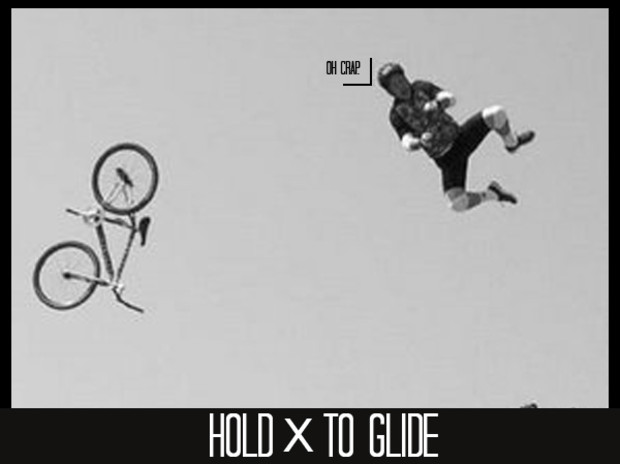 While checking my stats in God of War 3, I noticed that out of 142 death, I had died twice in combat. That leaves 140 jump related issues. 140! I remember I litterally spent 30 mins in a section where there were something close to 4 double jump glides and some action. Now I am not a particularly great platformer player, but I noticed the same deaths when my friends were playing, and I am sure I am not the only one. This is the same type of issue that I have with Dante's Inferno (to a lesser extent).

Some of you will certainly disagree and say "you suck". Probably, but I am more a gamer than a lot of people out there that buy these games, and if it's tough on me, imagine them! I agree with adding a little spice to a few jumps, but almost all jumps in GoW3 needed the Double Jump, and quite a few required the glide.

Why? Does it add value to the game? Did the game feel more exciting? Was the gameplay depth fathomed ?

I really cannot undertand why this game mechanic is not being used better. When 95% of the gap jumps in your game require a Double Jump, then you are doing it wrong.

I believe the Double Jump should be used as a tool for the player, not a crutch. Using it that way free's the player from the stress from falling in a hole and be more aware of his surrounding, and let's the designer use the mechanic as a reward (unreachable hidden treasure and the such), using it as added value.
#Community
Login to vote this up!