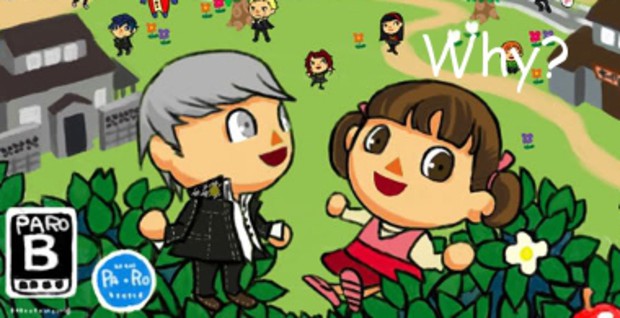 If you are an aficionado of shitty music you are most likely familiar with the quote, “I never made the most of my time when I thought that I had plenty of it.” I heard this quote shrieked at me today by some whiny androgynous teens via Pandora as I was playing Spelunky, and it lead me to realize that making a game longer doesn't intrinsically make it any better.

Any advertisement for any Japanese RPG will tell you about their “Epic 80-hour stories,” and this is a major selling point for fans of JRPGs, but it seems sort of ridiculous to anyone(myself included) who doesn't find them appealing. These games are longer than most others on average due to the massive amounts of space in the games that contain no story elements, nor any exploration, but massive amounts of grinding. This has always confused me. Whenever I talk to JRPG fans they always tell me that they love the stories within these games, so why is it that longer JRPGs are chosen regularly over their shorter counterparts? The inclusion of so much grind-heavy gameplay dilutes the story by forcing the player to play until an arbitrary checkpoint has been reached and the game allows them to progress through sheer willpower alone. So why do fans continually buy games with so much grinding? This seems to me a bit like buying a sandwich with an average amount of meat in it, but thirty or so extra pieces of bread. It's a bigger sandwich than usual, but there isn't much in there that you actually want to eat.

The inclusion of so much grinding in a game not only spreads the story elements thin, but it detracts from them as well. One of the main strengths of video games as an artistic medium is their inherent interactivity, and the immersion that it creates. This is thrown out the window as soon as grinding shows up to the party. Grinding asks us to believe that while our heroes are on their urgent quest to save the kingdom and defeat the plague that is devouring the countryside they must spend the next 15+ hours repeatedly killing bears in the forest. Nobody can reasonably believe this within the canon of the story, so for that 15 hours you realize that you are sitting on your couch repeatedly walking in a square while taking breaks every time the screen flashes to press X several times and not actually saving a kingdom or ridding the world of evil.

All of this creates a terrible cycle of people buying these games because of their length and Japanese developers continuing their arms race infinitely until it will take a lifetime to play just one of their games. I think that JRPG fans should respect the time that they invest in games, stop allowing so much of their lives to be needlessly spent slaying goblins in the dungeon under town, and require that developers give them an appropriate play length for the story being told. This resolution is true not only of all other mediums, but of most other genres of games as well. You could argue that this is a defining trait of JRPGs and that it should be respected but it is truly just leeway allowed for game designers to remove any sort of challenge in the game and to make the only difficulty a matter of mental endurance.
#Community
Login to vote this up!