For the low price of free: Alliance of Valiant Arms (A.V.A.)

5:16 PM on 04.19.2010 (server time)    0
This will be a new weekly blog post dedicated to free games on the PC. Most of these will likely be FPS's and have item shops in the beginning, but I'll try and include MMORPG's and such as time goes on. I was planning on starting this on Saturday, but I'm procrastinating right now, so I might just do the next one on Saturday.

For this post, I will go with Alliance of Valiant Arms, which they conveniently call A.V.A. because long titles annoy.

If I were to describe the game by comparing it to others, imagine Counter-Strike gameplay with Modern Warfare 2 sleekness. By this, I don't mean the ability to call in nukes or mohawk soldiers. If you compared the graphics with Modern Warfare 2, it's hard to tell them apart. Buildings look busted up, soldiers are in full uniform, and the guns look military-ish. Two big differences, though, are when both games were released and the engines they utilize.

Modern Warfare 2 runs on... I don't know, actually. I heard once it was an extremely customized Quake 3 engine. Knowing Activision and spending money, and the Quake 3 engine is free... Anyway, A.V.A. runs on Unreal engine 3, and it was released in Korea before MW2 was released.

The gameplay itself, when compared to MW2 or CS, is a middle-ground of sorts. It's almost as fast as MW2, and it calls to mind CS, but the unlike CS, it has 5 second respawns. (Truth be told, I haven't played CS yet. Spare me!) There are three classes to choose from, and can be switched out whenever you die: the quick, close range soldier, the sniper, and the middle of the ground soldier. Each one has strength's and weaknesses, obviously. A close-range soldier can run fast and has SMG's, but a sniper can blast them before they can approach them. A sniper is good at a distance, but close up, they don't have a chance. The middle-ground types are good all around, but too far or too close and they won't last too long.

One interesting thing to note is the fact that your skills level up as you use them. Say you play as a sniper. Shoot enough people with a sniper rifle, and it becomes easier to aim. Run long enough as a close-range soldier, you'll be able to run even faster. It isn't enough to break the game, and it makes you want to keep playing to make your soldier better and to improve your own skills. You can pick up a dead ally's weapon, but depending on your class, it may not be useful.

Current modes include Deathmatch, Team Deathmatch, Demolition, Escort, and Prison Break. Each mode has exclusive maps, so no two modes have the same maps. 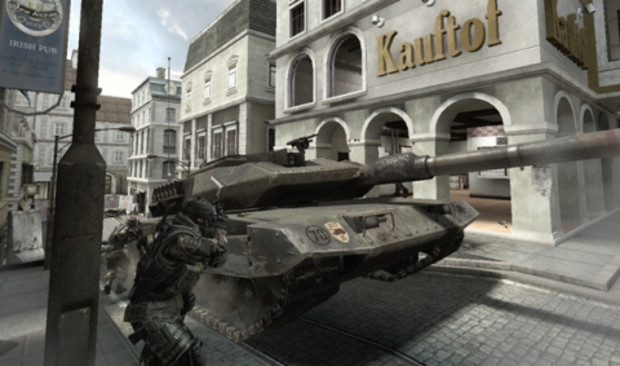 Two big things that separate it from other Korean FPS's (Combat Arms, among others) is that the cash shop isn't forced and I haven't seen a single cheater yet in my time playing. The cash shop for the game has mostly guns and armor, but none of it has a time limit. Once you buy it, you keep it until it breaks, but you can always repair it with Euro's, the games currency. You earn Euro's simply by playing. The second thing about the items is that you can buy them either by purchasing GCoins, the paid-for currency, or by earning enough Euro's. Essentially, spend time playing the game, or pay money to access it immediately. The only items that can be bought exclusively by GCoins or things like EXP boosts and GCoin boosts.

You can also get weapons through the slot system. Basically, you pay some Euro, or GCoin, and you randomly get either a weapon or, if you paid in GCoin, Euro's. I haven't done this personally, but since the weapons featured in the slots are released within a month afterwards, depending on when the update is, you can always wait it out. The only problem some people may have, however, is the fact that you can only buy some weapons when you reach a high-enough rank. The only weapons anyone can use or the GCoin versions of weapons, but by the time you can use the high-ranking guns, you'll have enough Euro's to purchase them, so it isn't a problem.

Overall, I totally recommend this if you want a full-featured FPS without paying money. They're constantly updating it, and the community is excellent. The game can only get better, from the looks of it.


http://ava.ijji.com/
#Community
Login to vote this up!