Why Roger Ebert is ignorant and wrong 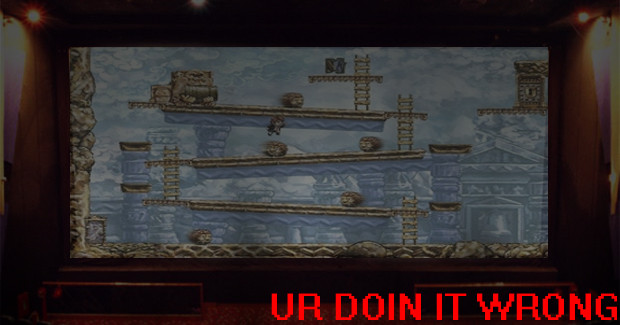 Recently, legendary film critic Roger Ebert expanded on his comments that video games can never be art. As a man who has spent his career, even his entire life critiquing movies, his opinions are held in the highest regards of many readers, myself included.

Which is why it pains me to see that his opinions on video games are fueled only by ignorance.

Reading through his latest article, it quickly becomes apparent that he judges video games using the same method that he does movies. And that is where everything goes horribly wrong.

He takes issue with game designer Kellee Santiago's argument of games being art. Mr. Ebert chooses to tackle the titles highlighted in her talk, which include Waco Resurrection, Flower, and Braid.

Regarding Braid, Santiago discusses how this game explores our relationship with our past. It's mechanics allow you to rewind and undo your mistakes, letting you take another attempt at the situation at hand. Roger, however, compares this to chess, and claims it is the same as taking back a move. And by doing so, he argues, it "negates the whole discipline of the game."

Anyone who is even remotely familiar with Braid would understand that he is judging it solely on it's mechanics, and not how they are applied. The same can be said about his argument on the game's story progression, which he believes "exhibits prose on the level of a wordy fortune cookie."

If you choose to rate any video game based on merely watching it being played, without considering what it is like to experience it first hand, you are grossly missing the point. Still, Mr. Ebert feels confident enough to proclaim Braid, as well as all other games highlighted in Mrs. Santiago's argument as "pathetic".

Any gamer knows that to truly experience a game, you simply must play it. If you watch somebody play through an RPG for example, you get the general idea of it's story, mechanics, and tone, but you do not truly experience it. You are not the one causing these things to happen. The control is not in your hands.

This point is proven again in his response to the video game Flower. Or rather, a short video clip of the game shown in Santiago's presentation. He openly admits having no worldly idea on how the game is played. "Is the game scored?" He asks. "Do you win if you're the first to find the balance between the urban and the natural? Can you control the flower? Does the game know what the ideal balance is?"

Without making an effort to get the answer through gameplay, he dismisses it as "Nothing more than decorative interest on the level of a greeting card."

It is shortly after that he exposes the problem at it's roots. "The three games she chooses as examples do not raise my hopes for a video game that will deserve my attention long enough to play it."

He judges these games to be poor, which is why he will not play them. Little does he know that by not playing them, he can never truly judge them. This is the purest form of hypocrisy.

Every medium must be experienced in it's own way. When you look at the Mona Lisa, you can immediately recognize it as art. That is how this particular work is meant to be appreciated. Yet, regardless of how much you analyze it, it is still a static image.

Now let's take a look at a movie, Citizen Kane for example. To truly appreciate it as an art form, you have to experience it in the way it was meant to be experienced; by watching it. If you attempt to view it in the same method you would view the Mona Lisa, by looking at a paused, static frame of the film, you cannot appreciate what it truly is. This is simply because that is not the way to experience it.

The same can be said with the way one must listen to music, read a book, or indeed, play a video game in order to properly experience and judge it. You certainly cannot rate a meal by merely looking at it, why would video games be any different?

With that, I make an open plea to Mr. Ebert. Sir, please play a video game. Then, should you choose to berate it, even going as far as to call an internationally critically acclaimed video game "pathetic", you will then at least have a somewhat informed opinion on the material in question.

For it is only then that, just as he has done with literally countless films in his time, he can say he has truly experienced that work of art.
#Community    #Rants
Login to vote this up!