The Best Letter I Have Ever Received (aka: Thanks Tray Ben!)

So, this cool guy by the name of Tray Ben had a little contest a couple weeks ago, to win this Persona 4 poster he had laying around. The deal was to write a comment stating your favorite Persona female-character, and why.
Being the selfish, contest-winning bastard that I am, I decided to enter and left a comment about my undying love for Chie, who is a real person and not a made up character at all.

It went something like this:
Chie.
I planned on saying something about Naoto being a sexy trap, or making a joke about Fuuka's god-awful voice...but Chie is honestly my favorite video game character ever. I was never the type to be all "[CHARACTER NAME] IS MY WAIFU YOU CANNOT HAS", but...well, shit, I actually feel some kind of connection with Chie, stupid as that sounds.

I almost never get attached to characters in fiction, even in intensely realistic or plot driven games. But when Chie said "I love you" at the end of her Social Link path, I couldn't help but just leave it on that screen for a while and think about how much hearing that actually meant to me.

And now I'm going to stop writing because I sound like some horrible desperate neckbeard who only has virtual girlfriends.
But what I said still stands. :3

Anyway, I apparently won, or something. So I went to check the mail the week after, and there was a poster tube STUFFED in my tiny-ass mailbox, desperately crying for me to let it out.
Upon opening said poster tube, the first thing I noticed was not the poster, but a very crumpled piece of paper.
I was about to read the greatest letter I have ever received in my near-20 years of existence. 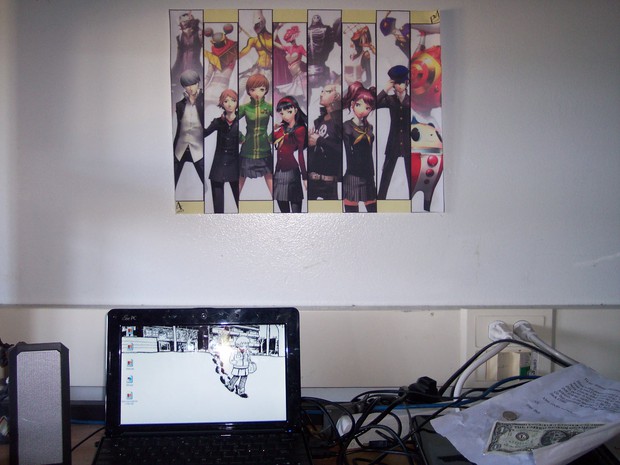 <3 you Tray Ben.
#AboutDestructoid    #Community
Login to vote this up!