4:48 PM on 04.12.2010 (server time)    0
Oh, hello there D-Toid. It's me again, your good buddy Lazerpig, here to write my introductory blog post thing. This is actually my third post, after two explaining why I don't like Metroid games. I'm thinking about making that into a series; explaining why I don't like popular games in a well written, non-inflammatory fashion.

As it says in my bio, my first video game memory was playing Super Mario Brothers with some other kids who had my same baby sitter. It was fun. I ate Mexican food for the first time. I remember being pretty good, but I'm not sure how accurate this memory is, because I was 3, and I also remember thinking I was the red ghost in Pac-Man around the same age.

Right now I'm going to college in Boca Raton, Florida. Lot of botox, fake tans, and wankstas down here. I'm transferring to Champlain College in Vermont in the fall. A lot of people there go on to work in the video game industry, which is something I'd like to do. I'm looking forward to it.

Last time I measured, I was six feet, ten inches tall. I'll have to measure again one of these days, I'd really like to be an even seven feet.

I've been lurking on Destructoid a long time, ever since it was featured on Attack of the Show. Destructoid convinced me to buy Zack and Wiki: Quest for Barbaros' Treasure, which is quite possibly the best game ever made. Thanks D-Toid!

I named one of my cats Tango. After the cat in Megaman 5. That's probably one of the nerdiest things I've done. 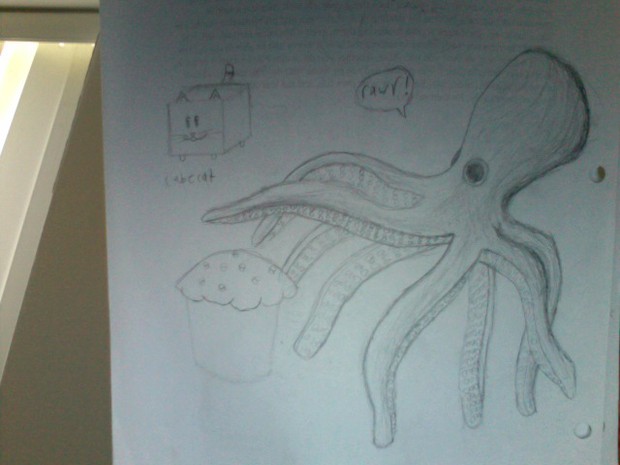 Do all posts need to have tags? I don't know what tag to put this under.

Pic unrelated.
#Community
Login to vote this up!