3:01 PM on 04.08.2010 (server time)    0
Yesterday was a Super Street Fighter IV event in Hamburg, Germany. Capcom invited press and some players from the German community to meet Yoshinori Ono, the producer of the game. Of course I went there too. 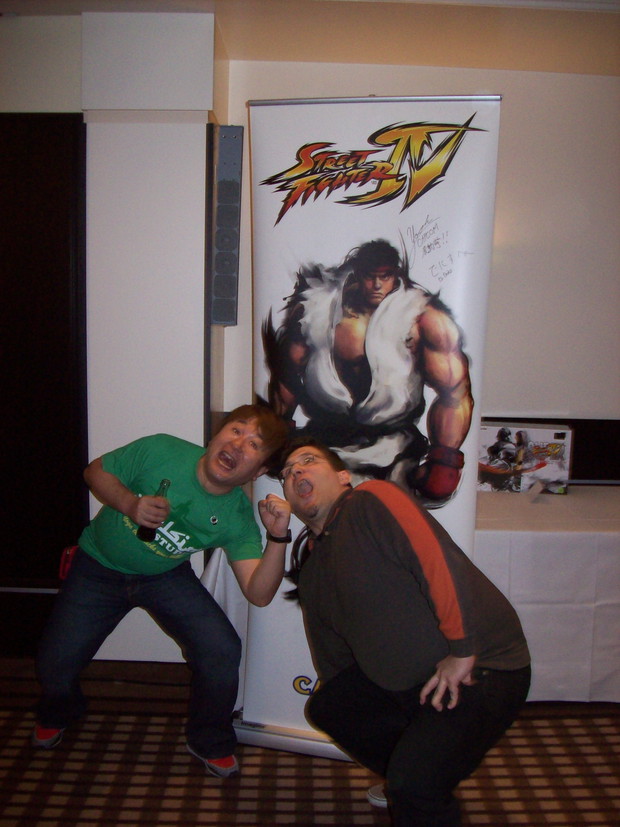 I played a match against him and won. (Actually he let me win, because he is such a nice guy.)
#Community
Login to vote this up!

Hello Destructoid people. My name is Lasse and I'm from the country of beer and sausages: Germany. I prefer strange Japanese games. My favorite series of all time is Pop'n Music, which I'm still bad at and can't clear anything above a difficulty rating of 38. BEMANI FOR LIFE!

Read me blog in German:
https://www.nerdportal.de