2:46 PM on 04.08.2010 (server time)    0
So for this month�s topic from what I understand I am suppose to talk about a game or a genre that I hate but at the same time respect. This is not very hard for me as I have had many discussions with my friends about the topic I am about to speak on. The genre that comes to mind for me on this topic is the JRPG, which from what I have heard from speaking to other gamers is that you either love or hate this genre, and I will give you one guess which side you think I am on. I hate them if you did not guess already, this genre has presented many frustrations in my gaming life and I have yet to find a JRPG that I find fun or even interesting. I have similar feeling towards a lot of Japanese games in general, which I admit is very strange as my favourite franchise of all time is the metal gear solid franchise so I guess that�s an exception, but yes my taste in games remains very western the older I get. 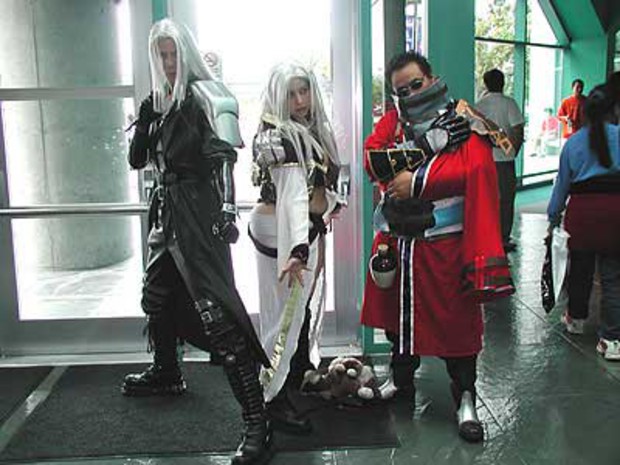 However I do have to give JRPGs some respect, one of the main reasons for this is that in this day an age of gaming when nearly everyone is willing to change their entire business plan in order to capture the grandma and baby market, JRPGs have stuck too their guns and carried on making the unforgiving, grind filled games for their fans and no one else. This is one genre that I feel has not really progressed or had any major innovations but has had enough small advances to make them relevant. Another reason I must tip my hat to this genre is its difficulty, although I may hate the difficulty of most of them, back in the day almost all games were difficult and it�s hard to find many games in other genres that really prove a challenge without being cheap. A lot of people today talk about how many games today are also getting shorter in length I have to agree with this as I do see a lot of 6-8 hour single player stories these days, so it is nice to see games lasting up to 40 hours. So many games are only just about worth their value in length and could easily be completed in a weekend, no real effort involved or serious amount of time required to finish it, just progressing from A to B and game over. I also have a big interest in Japanese culture in general so I can appreciate some aspects of the way the Japanese developers do things, especially the art design and the soundtracks of a lot of these games. This industry use to be majority Japanese with a hint of western developers, now days it seems the other way around so its nice to have a bit of difference and change of pace in gaming, no matter how much it frustrates me I still find myself now and again trying the occasional JRPG and saying to myself "maybe this time its different". So that my two cents on the genre, I don�t see myself changing in opinion anytime soon but I still respect and understand the people who are starting online petitions for a Final Fantasy 7 remake, so to conclude I will most probably remain Westside 4 Life.
#Community    #OpinionEditorial
Login to vote this up!