2:40 PM on 04.03.2010 (server time)    0
I have been thinking a lot about the future of this industry and the direction it�s going right now with all the motion controller stuff that all three console makers are starting to come out with. Now from the way I see things in the gaming industry the objective of most developers is to make the player feel as involved in the experience as possible, almost to the point where you feel you are not playing a game. A lot of developers talk about moral choice and connecting with characters along with feeling all sorts of emotions while progressing through a story. With all these motions controllers soon to be released the aim seems to be a new way to play but also a better way to connect with the game as you do the motions that your character is performing in the game. A lot of these advances are towards realism and making things more realistic. With every new console that is released there is a progression in graphics and processing power, the goal of these new consoles is to bring the gaming experience closer and closer the photo realism. I would imagine the road this industry is taking is to get as close to have a gamer look like they are playing a movie, photo realistic graphics, human like AI, realistic sound and feel to a game and stories that will move players just as much as serious films. This is not the case for such games like mario or zelda as they have a completely different style, but in alot of mainstream titles today, The motion controls that are being released, especially Microsoft�s Natal is another attempt to make the player feel like they are in the game by ditching the regular controller. With realism being a big target for developers and console makers I am curious as to whether games will ever be too real. 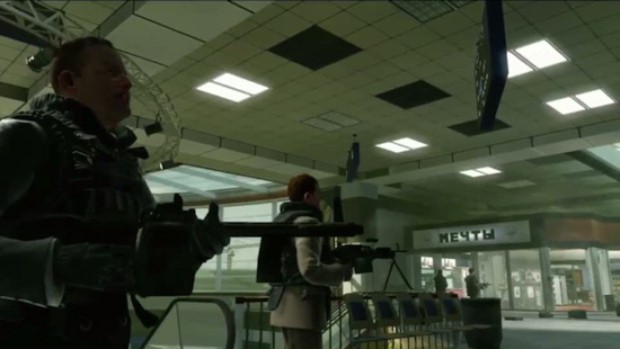 Maybe I am just too nice of a guy I guess but with this industries main selling point in around 95% of its games being violence but in different ways, realism could change everything. It could go the good way in which I am hoping for and actually provoke thought and emotion from a player and make morale choices in games seem important and not just "do I want the evil powers or the good powers?�. I just see some bad effects of realism, the thing that makes games so much fun for me is the fact they are games at the end of the day. No matter how realistic they may look I can shoot three bullets, reload and not waste an entire clip of ammo, I can move at ridiculous speeds without the getting tired at all, I can completely restore my health by hiding behind a wall for a few seconds and I am able to perform all sorts of actions that I will never be able to do in real life. The complications of realism is that games need aspects that are not realistic to be fun or even playable, but also at the same time its easy to detach yourself from a game. The only genre that I want to be truly realistic is the sports genre as that genre benefits the most as it is a genre of simulators, but as for action, fighting and FPS games I am a little hesitant. I hope and pray that developers find more ways to bring the gamer in to the experience more but not in a way that every year we just see more and more realistic headshots and assassinations.
#Community
Login to vote this up!