The Ridiculous All Night Gaming Party...

9:46 PM on 04.01.2010 (server time)    0
A little more than a year ago in the bleak month of November, I was going through the dull shift of the seasons, growing positively bored with when a spectacular idea struck me like a ton of cinder bricks. I'd been simultaneously missing two things: a couple of my good friends, and becoming completely submerged in a few video game worlds... So what is a person to do when they haven't enough time for both?
Throw a gaming party! But wait... this couldn't be any ordinary video game party. It had to be unique in some way, something that made it more desirable to the people I invite, and definitely make it more memorable.

So more or less, I came up with the plan of making this shindig last all night long. A dusk 'til dawn, hardly sleep a wink, caffeine and junk food fueled, gaming appreciating extravaganza.

After holding it for the first time in December of 2008, everyone had enjoyed the experience so much that I decided to make it bi-annual and hold one in the middle of the following summer as well. Needless to say, it was also a rather pleasing success come June (or maybe August?).

Regardless, I'm happy to say that my most recent gamer friendly get together from back in January yielded more guests, more TVs running simultaneously to spike the electric bill, and more deliciously sugary treats ingested than one could imagine.

I apologize for the huge-normous pictures, the size annoys me too.


Our delicious system link Left 4 Dead 2 set up + Christmas. We had played until about 6 in the morning attempting to get through the whole campaign in one sitting. We stopped after we messed up on the plantation house final one too many times. F$^k Swamp Fever. 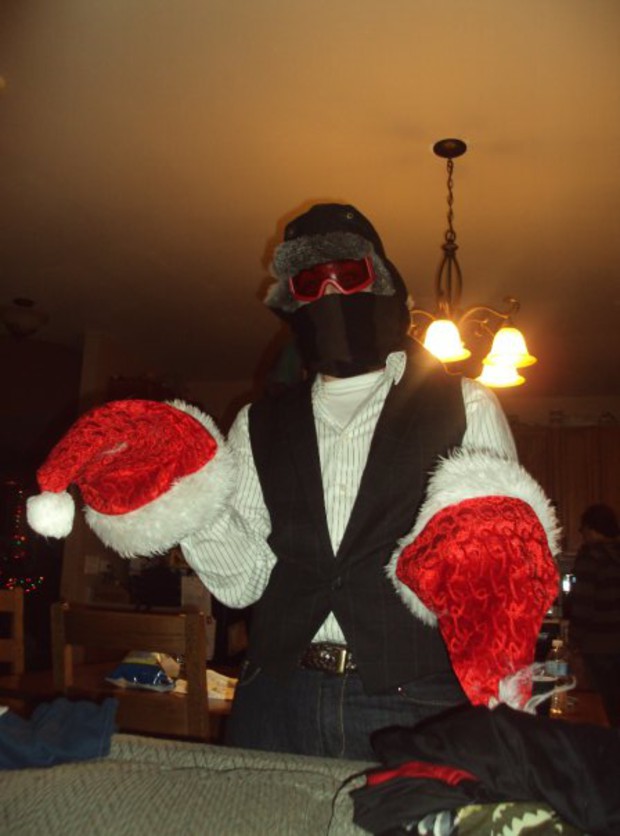 I'm always surprised by the amount of people I see at these things, showing up only to play video games and become overtired/completely ridiculous as the night presses on. Hopefully as the years go on I'll get even more awesome people like these to join me in my nonsensical, nocturnal appreciation parties.

Have any of you been to similarly terrific parties in the past, or even gone as for as to throwing one of your own?
#Community
Login to vote this up!