Taking a look at James Sunderland, Wanderer and the Sands of Time Prince

3:07 PM on 04.01.2010 (server time)    0
Disclaimer: Minor spoilers about Shadow of the Colossus, Silent Hill 2 and Prince of Persia - Sands of Time. Also I one time got sidetracked and made a reference to Melinda Gebbie and Alan Moore's "Lost Girls" to talk about Prince of Persia.
(for which I am very proud but feel nerdy as fuck - if somebody wrote about the bathtub scene and the catacomb talking scene of sands of time as if it was a scene from Lost Girls that would have totally knocked the socks of the monthly musings thing, even though the message was simply make love not war)


Humans are flawed, that is a commonly known fact. If we all were flawless and perfect there would be no "Übermensch"idea and Jerry Siegel would never have given Alan Moore the opportunity to write a clever story about Superman (for those caring it's called "For the man who has everything" and yes it's been made into a Justic League episode).
But flaws in themself can be wonderful little things to challange and overcome and help us become
better people. Statements about the human behaviour can be as objective as they please but when we react to a mistake we made our reaction tends to be ... well subjective.

So let's start with the most messed up guy on the list.
James Sunderland has been called to Silent Hill to find redemption and salvation.
Contrary to the game's first minutes he has been called not to find his late wife, but to accept her death and deal with the circumstances surrounding her death.
No spoiler regarding what James did or didn't but the plot twists are better than in Shutter Island.

Second hero of the day would be the Prince of Persia, who starts out like a jocky douche destined to find honor and fame on a battlefield (must repress urge to talk Metal Gear Solid games) and ends up destroying an entire kingdom and turning his loved ones into mindless monsters.
However he makes a desperate atempt, hopeing to undo this shit by trying to wind time back with the help of one of the women his father enslaved. 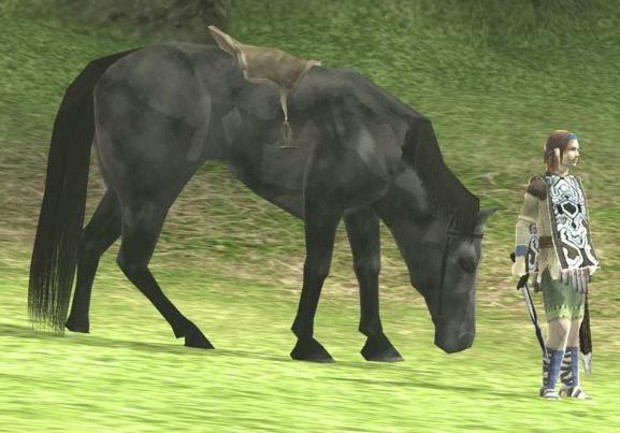 So anyhow, I just felt like writing something regarding 3 of my favorite video game characters regarding regret, desperation, sacrifice, hope, love, compassion and lots and lots of other gay shit and how they
- even though the games are all linear and don't serve to let the player tell their own little story and express themselves - make for wonderful rounded and truly human characters thanks to their flaws, desires and overall characteristics.
You know, the kind you would hang around with, get drunk and smoke some pot with.

Because even though I never had to deal with my wife's death, unleashed the Sands of Time or revived a girl by to avoid dealing with letting go of the dead, I think everybody can relate to what it feels like to try and make one step into the right direction and then make 2 steps to the right into a rusty nail.
Or maybe I was just fucking bored of Just Cause 2

Now enjoy the best song of the SOTC soundtrack.
#Community    #Rants
Login to vote this up!