Live Vicariously Through Me: PAX East – The Lead up and Friday 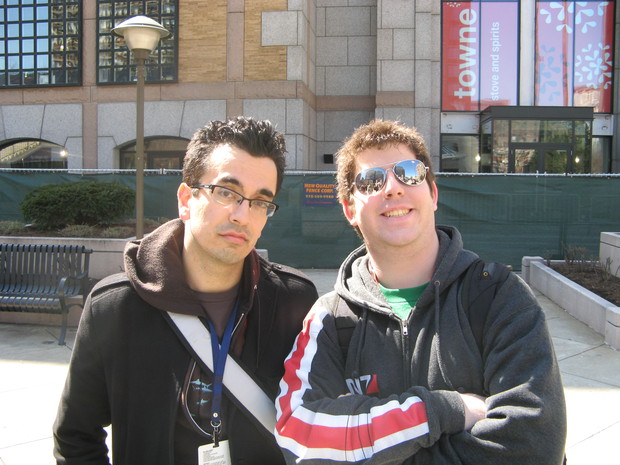 Then Hamza showed up after bailing on the Frag Dolls party, because as he said, he loves his community, lamentably even more then the Frag Dolls. He showed up with Seth Keegan from Capcom, who was in an awesome state. Bloodspray got into an argument with the Seth and I about the original Street Fighter, and won (thanks to Wikipedia classifying the game as a fighter, and not a brawler, which I thought it was). Then, while arguing over the check with Hamza, Seth decided it would be a good idea to blow bubbles in the remainder of his sauce. So I can now say that I saw Seth Keegan blow sauce bubbles. Hamza did a slow-motion Facepalm and the rest of us who saw it laughed our asses off. This kind of awesome can only at PAX.

After we wrapped things up at Uno, I went and chilled with Icarus and Bloodspray for a couple more hours and shared stories of fun and amazement. As I was heading out in the lobby to get back to my hotel room in Cambridge, Bloodspray (who was heading out for a smoke) and I ran into a group of four nerds playing an obscure card game (I believe it was Munchkin), because as they said, Settlers of Catan was to mainstream, and they needed to do something as they waited for the Pizza they ordered at 3AM. The people at PAX were all awesome. It was so excellent meeting everyone, and hopefully even MORE people will come out for the next one! I already know that I will be back for more next year, and I will try to get to PAX West as well! I had the time of my life and maybe I will sum up Saturday and Sunday in a follow-up Blog!
#Commentary    #Community
Login to vote this up!