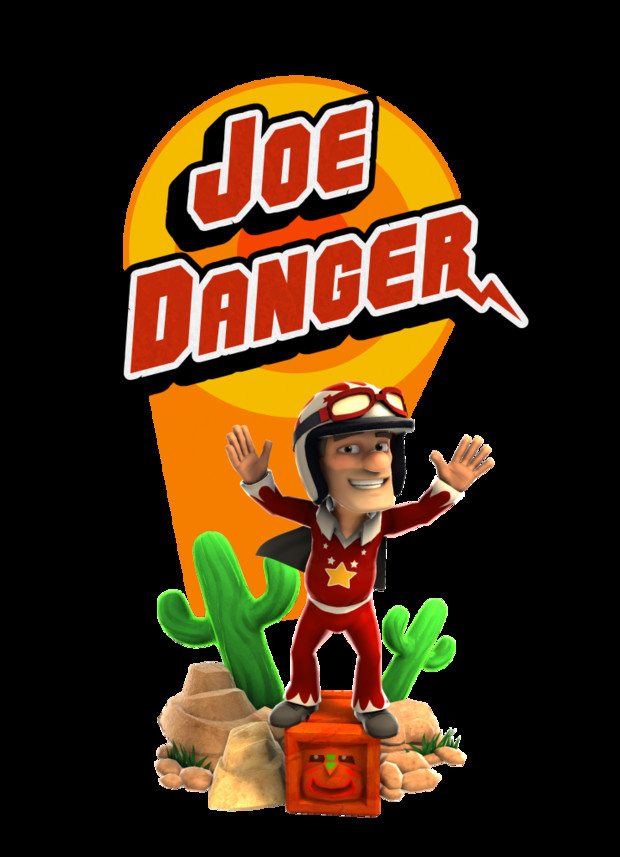 At PAX East this weekend, in the back corner of one of the expo halls sat a booth for Hello Games and Joe Danger. The bright colors and eye catching display should have been packed, but I didn't even realize it was there until the second day wandering around, because even the booth facing the front of the hall was empty.

Once I got my hands on a controller, I knew I was going to have fun. Controls are very intuitive if you've played a racing game this generation. Right trigger accelerates, left trigger brakes. A or X turbo boosts, and X or Square does a no hand trick, depending on whether you're playing no a 360 controller or PS3 controller respectively. Once I learned that it was off to the races.

Gameplay Is a bit like Trials HD mixed with the old Gameboy game Motocross Maniacs, mixed with excitebike. Its no wheres near the complex balance puzzles that trials offers, but there is manipulation of your bike weight to help get over obstacles. It also has loops and nitros and flips like motocross maniacs, shown in this video.

The excitebike part I was told comes in later levels. You are allowed to switch lanes for multiple paths throughout the level, one for speed, one for points/tricks, making even more replay value as you change up your path.

While talking to the booth guy, I found only the PSN version is planned at this time, and depending how popular that is will allow them to bring the game to more platforms. He was somewhat reluctant to say it would definitely come out on PC or 360, but would tell me the person next to me playing on a 360 controller was playing on a PC build.

Being that I don't have a PS3, I'm excited for this game and hope they bring it to more platforms after the release date of Spring 2010 on PSN.

Check out http://www.hellogames.org/ for more information.
#Community    #Indie
Login to vote this up!

Welcome to my blog, I�m a hardcore Lurker here on Destructoid. I�ve been reading since about 6 months before I actually joined, and have only started commenting and posting in the forums pretty recently. I�m a child of the 80s, cut my gaming teeth on a Colecovision with Atari attachment (woo Combat!) and an XT PC where for some games you would have to delete data off of the two 10 megabyte hds to clear enough space to play certain games that used the hd to add to the 640k ram (who would need more?) But, I would go on to only have that and my original brick game boy to hold me over until I turned 18 (in 2002) when I finally picked up my first console since the coleco, an original playstation.

Nowadays, I�ve owned pretty much everything under the sun due to an unknowledgeable comic book store, garage sales, craigslist, and poor ebay descriptions (Thank you 20 dollar shipped box with working as best as it possibly could power glove and sega master system 3d glasses) After a purge during home/life limbo post-college graduation, I�ve now ended up with a collection of consoles that stay hooked up and used. Traded away are the 3do, turbografx-cd, but kept are all the basics, NES, SNES, N64, Gamecube, Genesis, Saturn, Dreamcast, Ps2, a not modded xbox with not every arcade game now that the arcades have closed down, a 360, and a wii. Yes those are the basics. The not basics are my Virtual Boy with Lamp-o-Tron mod, and the prize console, my Vectrex with Sean Kelly Multi-Cart.