PAX East: Looking Back, and an Introduction.

10:32 PM on 03.30.2010 (server time)    0
Hi, I’m Jon Bloodspray. You may know me from the forums, or you may not. Over there we would expect someone to make a decent intro regardless of their involvement in other areas of the site, so I’ll extend the same courtesy here. The easiest way for me to introduce myself is through a concise bit about PAX East, and my time there. Please lend me your ear (or eye as it may be) and hear (read) my story.

PAX East was my first convention of any sort. I had no idea what to expect, and looking back, never could have. This is not really about PAX, as much as it is the Destructoid community, and the people who attended PAX as a whole. For the first time in my life, I felt at home.

You see, for whatever reason it has always been hard for me to make friends. I don’t know why, I could speculate that it’s because I grew up in a small town (pop. 1400), reside in the Midwest, am in a historically economically depressed city, whatever. Because REASONS, right? To paraphrase Cliff Bleszinski, I was never cool enough for the cool kids, and never nerdy enough for the nerds. This led to me approaching PAX with a certain amount of anxiety. Would it just turn into another instance of me being awkward because I know too much/not enough about a certain subject? Would the table top gamers shun me because I have no idea what an integrity check is? Would the hardcore collectors look down their noses at me because I sold my 20+ year collection for a girl? I had no real idea what I was walking into. All I had was a list of forum names from people that I had only been in contact with through text. Turns out that’s all you need to get things started.

Running into people from Destructoid was better for me than any concert, event, or swag could possibly could have been. There were handshakes and hugs among people that had never even seen each other prior. There was no awkwardness, and our internet names and real names became interchangeable in short order. 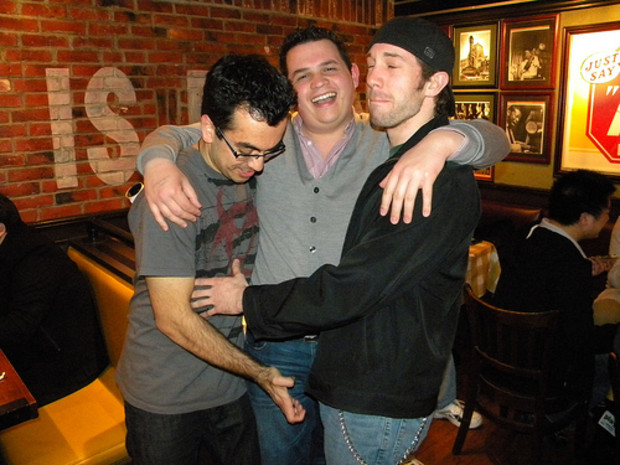 BONUS:
I wanted to do this for you guys too.

Thanks to IcarusKills and NikMonroe and anyone I’m forgetting from the flickr account for the majority of the photos, and one more time to all the Dtoiders that make me so proud to be a part of it all.

#Community    #Industryevents
Login to vote this up!