What's in the box matters too... 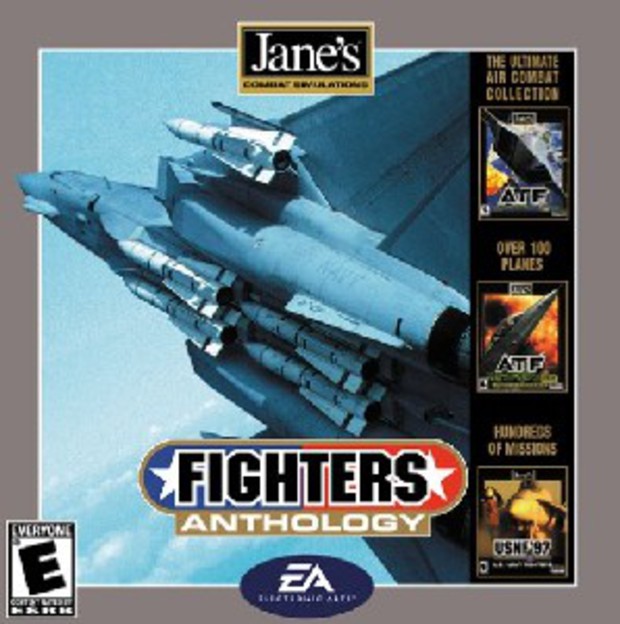 A few years later I got the Jane's Combat Simulations "Fighters Anthology" for Christmas. It came with the biggest manual I had ever laid eyes on. It was something like 200 pages! Opening it up I found explanations of tactical manuevers, discussions of radar, descriptions of jets, armaments, how to handle engagements, hell after reading that I felt like I could be an ace myself! I read that manual into the early morning, committing nearly everything to memory, and then I read it again the next day. I would repeat that when I got 688i and Longbow 2 as well, both of which had tomes of equal length and tons of information.

These manuals made the experience richer. Reading about those tactics, learning the background story, they all added to the worlds I was about to enter. It set the stage for the Border Worlds war in Wing Commander. I was the Captain of a submarine before I even fired up the cd. They made the games better and more immersive.

Somewhere along the cost cutting line, these were deemed unimportant. Publishers stopped giving a shit. I bought Jane's Fleet Command and opened the downsized box to find nothing but a cd case and a warranty slip. Where was my manual? Turned out to be a file on the cd. Cost cutting, yes, but at what cost? I could never get into that game. The tutorials were garbage, and I never played it much after that first attempt. This instance grew into a trend that I've seen over and over again. The excitement of opening the box to see what is inside has vanished. I no longer have any expectations for published manuals and it sucks.

Neal Stevens over at www.SubSim.com had this to say in his review of the recently released Silent Hunter 5:
"The game manual is no longer printed (US versions) but still quite awful and sparse. It spends a mere 1/2-page about torpedoes and targeting, nothing about the TDC, but six pages of cheesy crew profiles. It's galling that a simulation cannot come with better information about the game and how to play it, let alone tactics and historical background, when the manual is not even printed. Why can't the developers assign someone to write out simply how the game works? What are the yellow and red disks around ship icons in the tactical map? What are those lines coming from you sub when you are submerged? Why are some black and some blue? How do you steer the boat? An experienced player who cut his teeth on Aces of the Deep in the '90's can figure it out, but what about some high school kid who bought SH5 as his first subsim? "

This is pathetic. There's no excuse. That is just sabotaging your own hard work. Neal may in fact have a point as well. Simulations really took a nose dive in the market around the time that they switched to the pdf manuals. Everyone talks about accessibility these days, but did it ever occur to them that all that might be needed is a printed manual? Help the player help themselves by giving them the information in a readable format. I sure am not going to sit and read a 50 page manual on a screen, but I'll read 3x that much in a well done paper manual. Asking the player to print it themselves is a disservice as well.

Ask yourself for a moment, how much quicker and fuller would you have understood Mass Effect and its world if the opening codex entries were part of the manual? How drawn into Dragon Age would I be if there was an addendum covering some of the history of this new world of Ferelden instead of picking it up piecemeal? Or the world of the Elder Scrolls, the list can go on. Not only does it serve these purposes, but it gives us a chance to imagine this world before we experience it Or even while we experience it.

There certainly are games where a simple card showing controls is all that's needed. But pdfing manuals, ignoring source materials and not inviting the gamer into the world in other ways is not only doing the gamer a disservice but the people working so hard to produce these wonderful experiences as well. After spending millions upon millions in development, this is a drop in the bucket. What comes in the box matters as much as what is on the disc.
#Commentary    #Community
Login to vote this up!