A moment in history

7:00 PM on 03.25.2010 (server time)    0
Some would say that political frenzy about videogames is as old as videogames, but the truth is that of late it has reached a dangerous level.

I think about the China-Google issue over censorship. Like it or not China is not-so-democratic regime (I could call it a police state but I won�t go as far), we (the rest of the world) make business with them because it would be stupid not to do so. But they rank as low as Cuba on the human rights fields, they are not a democracy� so it doesn�t surprise at all if they need a different World Of Warcraft version to keep the authorities calm and to comply with regulations.

So China doesn�t bother me. I always say that those countries serve as a bad example. But when I think about democracies like Australia and Swiss with legal projects for censorship for the internet and videogames� I have a chill down my spine. 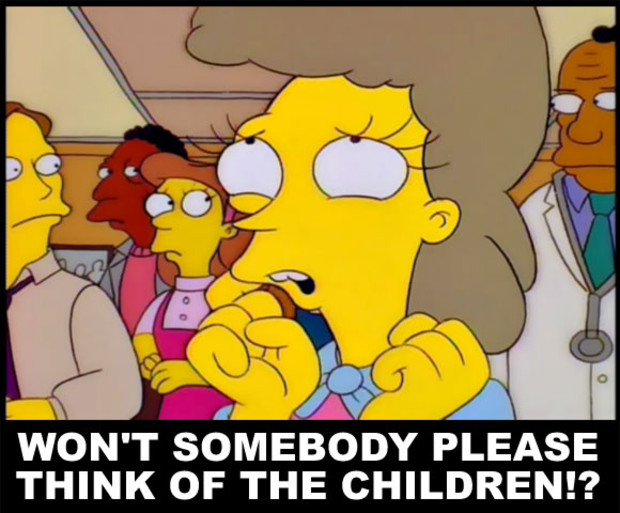 But then we have to watch things like this. In this video I think we can all recognize the common enemy of the gamer, the stereotypical mother that has nothing to do, so bashes against a medium that she doesn�t even get, but even then feels that has the moral superiority to come down against it with the �think of the children� argument. The belief in their crusade against all things digital is maniacal. They are �Jack Thompsons�, but more dangerous since they are �mothers�, and mothers are hold in a high place in society, and because of their role only we give them an almost aura of knowledge about kids. These people have an enormous amount of power in local communities and even the government.

At this point I�m going to give a little background about myself (in case you are too lazy to read the right column); I live in Uruguay, which is a mostly free country. A Latin American country, a poor country, but a democracy. I could describe myself as a libertarian; I hate government intromission into business and my freedom. Maybe is because I�m from a poor Latin American country that I know violence doesn�t come from videogames, around here you won�t hear the discussion of violence and videogames since videogames would be good to keep some kids off the streets.

I have issues with my closing statement, in part because I don�t know where to go from here. A lot of energy has gone into voicing our concern about the danger of censorship over the internet. I remember the movement by Jim Sterling (�games for gamers�??), it didn�t take off. Is a shame, but we need something more broad, and something that goes beyond the internet, because after all and if we follow Australia we will end without a free internet. So maybe is just me, maybe I�m the only one worried about the fascist trend. A trend where soccer-mums, priests, hard-right politicians, moralists and a carpet of so-called scientific data are there to tell us what we can or can�t do. Where everything we do or every piece of legislation is meant to �keep the children safe�, we are also giving away a lot of our freedom.
#Community
Login to vote this up!