The freedom to get your ass kicked: The Matador!

I'm playing SMT: Strange Journey right now and to get myself ready I had kicked off a new game of Shin Megami Tensei: Nocturne on my PS2. While series spin-off Persona is no slouch in challenge, the games within the main series tend to have an even harder edge.

And within these games you have a lot of freedom to customize your character and you can do the same for the demons you summon and fuse into new demons. You have moral alignments and dialog choices you've made throughout these two games and these can affect the course of the story, the endings and things of that nature. Sometimes these lead to different endgames, too. You can even talk your way out of a fight rather than run, potentially gaining a new ally or item as a result..

And in Strange Journey, alignment will even affect what ally performs a follow up attack if you exploit an enemy weakness. If the demon shares your world view, they'll attack with you. If not, they're just going to do what they're asked to do, nothing more.

Nocturne doesn't have that twist, but it still had a lot of freedom to let you play mostly to your liking. Instead of having allies to follow-up attacks based of striking weaknesses and compatible alignments, hitting a weakness just meant you got extra turns to pummel the enemy.

And when you've learned that, you're patting yourself on the back if Nocturne was your first SMT, as it was for me. You think you've learned how to play. You pass on the skills that buff you and the party because you feel might makes right and evasion buffs are lame.

And then this guy shows up: 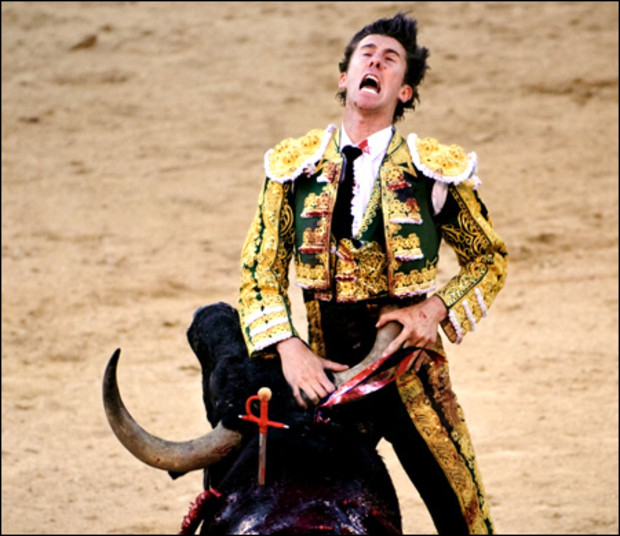 Its all well and good to fight how you want most of the time, but Fiends like him as well as future bosses don't play by the "just melee me til you win" rule, you have to do more. Eventually, you find a nice balance between what you want and what the game expects of you. You'll customize your hero and allies to your liking, but you'll keep those buffs and debuffs in mind.

Its not the most friendly way of teaching the game, but it does teach you the values of looking at all the skills presented to you. Neglect them and you only make the game harder than it already is.
#Commentary    #Community
Login to vote this up!