How to make achievements/trophy bullshit work 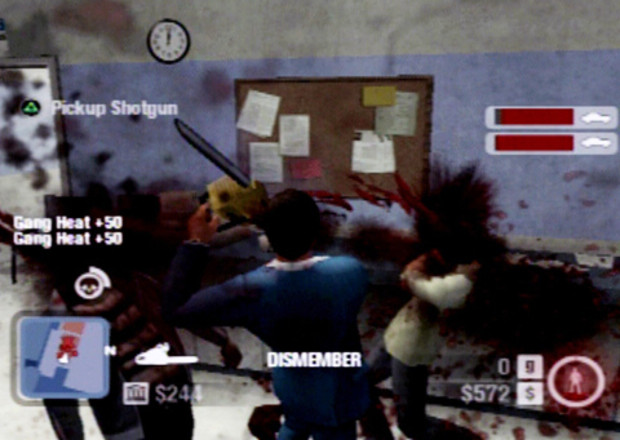 To state the obvious: Achievements only serve to pad out a game and show how the design of a game doesn't respect the player's time.
All "achievement hunters/whores" should use their time to do something meaningful, like enlisting as frontline infantry.
Now that we got that out of the way, let's look at a way to make this shit fly.

I was playing scarface the world is yours for the PS2 and took a look at the status screen where all my kills were listed an saw that the game counts how many limbs I hacked of with my chainsaw.
Now the obvious stupid achievement would be "13 year old mature fucknut - cut of 100000 heads"

But the game also counted how many times I managed to cut of both arms, both legs AND the head all together with one chainsaw move - which is fucking hard by the way.

I never even knew that was possible and THAT is the kind of achievement I want to unlock.
Instead of making me scan the map with a magnifying glass for utterly meaningless treasures, why not motivate me to jump of the Eifel Tower in Saboteur.
Apart from that game I can't even really think of any of those trophies that motivate me to try out new moves and experience lots and lots of cool shit and what not.

That way achievements almost work as the designer's very own subtle voice telling me "YO STUPID! DO THAT SHIT NOW!" without even directly infringing said statement on me.

Also, I know how ironic it must sound to try and be constructive and intelligent when my prime example is a video game adaption of a modern reimagining of Macbeth that's used by 12 year old kids as their guideline to be cool.
#AboutDestructoid    #Community
Login to vote this up!