The Greatest Awful Film; Or The Film That Taught Me How To Love: Gracie's Choice 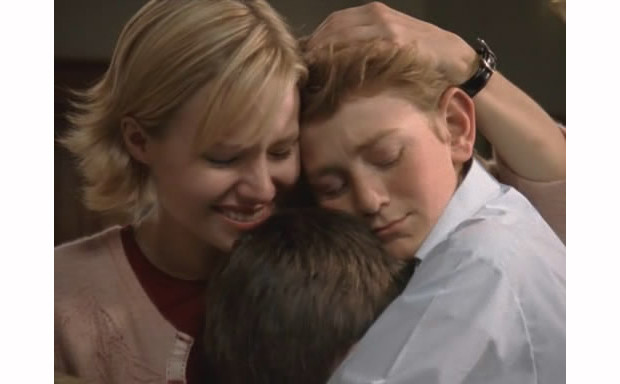 Seriously the best predictable ending ever.

All in all Gracie's Choice is a terrible, terrible, terrible, movie even by Lifetime movie standards. The acting will frustrate you, the writing will haunt you, the plot will make a mockery of your intelligence, and the environment the film puts on will jerk your heart from depression to joy and back down again with no in bewteen. It will rape your idea of how bad a movie can be and the only thing that will keep your eyes from bleeding is that Kristen Bell is actually pretty hot (short hair FTW).

And somehow in the midst of all this I found myself loving every second of it. The film, unlike most good bad movies, actually does take itself seriously but that doesn't ruin it somehow and for that I applaud whoever the hell directed this wonderfully polished turd of a film. If you enjoy lovably terrible movies, can laugh off exagerrated drama and crying women, and you're a sucker for film analysis this film is right up your alley. It's a niche audience for sure but it's a rabid audience nonetheless.

The movie cut up in parts on YouTube.
#Community    #NOTvideogamesrelated
Login to vote this up!