1:52 AM on 03.17.2010 (server time)    0
Apologies for the brevity of this thing. I’ll write a proper intro blog for myself later, but right now I just wanted to put up something short to commemorate Dtoid’s fourth anniversary. I first found the site over two years ago, when someone in…a gameFAQs forum post, I think?...posted a link to this: http://www.destructoid.com/pax-2007-mass-effect-is-disappointing-but-nice-looking-40483.phtml It was an early, not terribly positive prerelease impression of the original Mass Effect. The people in the thread were railing against the Destructoid writer for daring to say that some of the voice acting wasn’t that good and that aspects of the dialogue system had left them cold.

What impressed me about it was that the author (Joseph Leray, for the record) was saying things that went against the general group-think opinion of the game that existed on the internet at the time (“It has fully voiced dialogue! Look at those graphics! This is definitely, positively going to be the best game EVER!”), and more than that, he wasn’t trolling as he did so. He was clearly and succinctly relating his honest reaction to the game, which is something that I hadn’t seen much of on the internet before. And even though they weren’t things I particularly wanted to hear about a game that I’d been anticipating so fervently, I still thought it was cool that someone was saying them.

That kind of honesty and the fact that the staff members here approach things from their own unique perspectives kept me coming back time and again, and I quickly discovered the fantastic sense of humor that this place has, as well as the amazing diversity of the cblogs and the overall coolness of the community. Everywhere else I go on the internet, I never feel at home the way I do just reading the comments under a story here. There’s nothing else like it on the internet, and I feel lucky to have even been lurking here for as long as I have. So now, as I take my first steps into being an active member of the community, I just want to say again: thank you, Destructoid. Congratulations on four fantastic years, and thank you for being a funny, often thoughtful, thoroughly excellent island of awesome on the internet, and for keeping hope alive like it’s the year 2525. 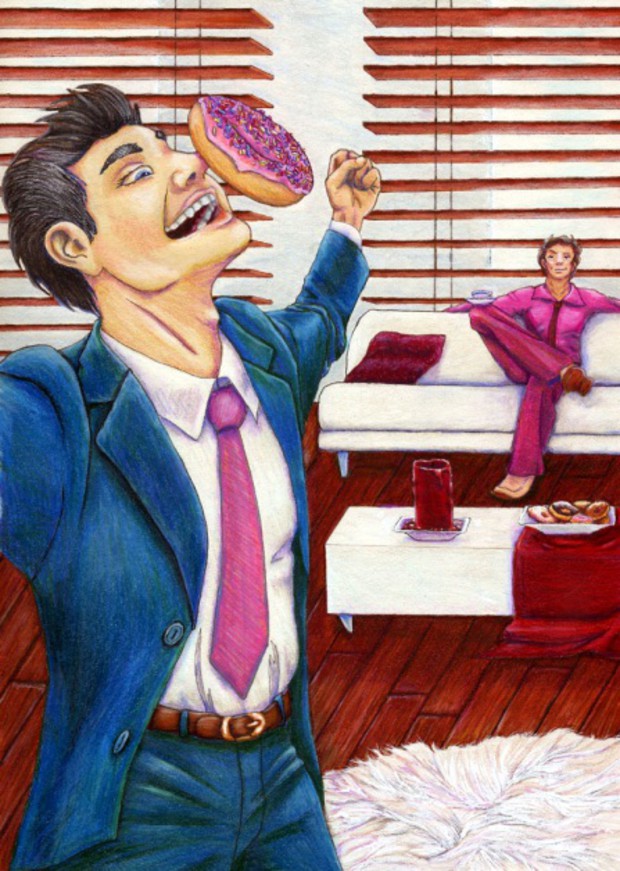 The only way to express my appreciation for this place
#AboutDestructoid    #Community
Login to vote this up!

So...yeah. It's always awkward telling people you've never met about yourself, but all you need to know about me is that one of my first coherent memories is playing Pacman on my dad's Atari 2600, and I haven't really stopped since. Actually, that's not the--

Hey! Where are you going? Oh, I see, you hear "The only thing you need to know about me is..." and then wander away after the first sentence? Well you can just sit right back down! Honestly, I was just saying that to be polite! Of course there's more. Rico, bind their hands.

Alright, now where was I...Oh yeah: Actually, that's not the best way to put it. The truth is, I'm an NES kid, and my real passion for gaming didn't flare up until I got my hands on that magical, utilitarian gray box and the original Super Mario Brothers (still probably the best pack-in game EVER) a few years later. From that point on I was hooked, and I spent my entire youth blasting my way through all manner of classic and not-so classic games (Isolated Warrior, I'm looking at you!). Eventually, the games started coming on discs instead of cartridges, and then on different kinds of discs, but I kept playing them just the same. I've owned most of the major systems that have existed, and also the Jaguar. My favorite genres are platformers and RPGs, but I'll play anything, and some of my favorite games are well outside my normal comfort zone. As you might suspect given my background, I'm a bit of a retro gamer, but I can love a good modern game just as much as a classic from the good ole days. One of my chief embarrassments (aside from the fact that I lurked on this wonderful site we call Destructoid for fully 2 years before signing on) is the huge backlog of unfinished, or in some cases simply unplayed games in my possession, as you can see below.


Some of my all-time favorites: