Why I Love Destructoid 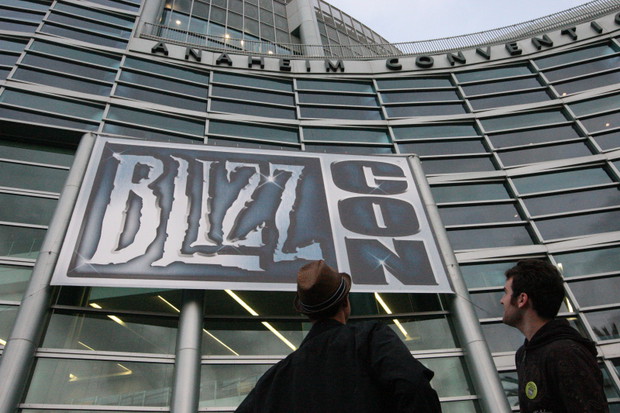 I go because my friends and I don't just love World of Warcraft, but everything Blizzard has produced. We all are avid Starcraft and Warcraft 3 players. There was a point where the Diablo 2 disk never left my computer. We're just big fans, all of us. But only the games, the people are a different story.

Last year made me realize that World of Warcraft players are some of the worst socially awkward people I've ever met.

The gates were open. There are about ten of us with our convention badges penguin walking in line to get in. They didn't release us all in at once, like they normally did, so if you were first in line, you got in first. We were standing at maybe the last third of the massive line. We woke up at 4AM too stand there.

Regardless, we finally got into our heaven. The only light to be seen was from computer monitors and television screens, something familiar and homelike to all of us. I rushed for Diablo 3 game testing area. I couldn't wait to play the wizard. I would get to play something no one else has, do you know what that feeling is like? Until the game comes out, you will forever have the bragging rights to say "Yeah I played it, it was pretty good". I raced through the maze of line sorters, cutting ahead of people who generally had no interest in the game. In a fit of happiness and excitement, I began to high-five everyone I passed in line.

A war cry of "WOOO BLIZZCON"

And then an arm pump followed by some more yelling.

Rinse repeat for every person to pass me.


All of the reactions were meager looks of approval. Not too bad, I thought. Not really an out going crowd. I didn't give a fuck though, I continued to think I was revving up everyone. My friends behind me participated as well. Everything was going swell.

Nothing could stop me on this one way train to Amazingvile. Then it happened.

I was passing a shorter, wider fellow, I put up my hand to start my ritual. He put up his. I went in for the high five and he dips his hand under my mine. "Syke." he calmly says and pats down his hair and continues to walk by.

This mother fucker in a sense, ruined my Christmas.

I stopped dead in the line, shocked. "What the fuck?" I thought. I drudged along the line, sulking.

Blizzcon was made not just to show off their newly created games, but to be a general hang out with everyone who's ever loved a Blizzard game. This however was not the socializing crowed. I looked around me and found overweight bearded men awkwardly waiting in line, communicating, but not in a natural way. They spoke in sport of one-upmanships, "OH YEAH I TOTALLY HAVE T7 ARMOR" one would blabber to another while he would brag about his DPS. These weren't people bonding over anything, this was a pathetic cock measuring contest. This isn't what I signed up for.


Which brings me to why I love the Destructoid community. People here are people. No one is completely consumed with a game that makes them forget what human interaction is really like.

The community blogs are a place of encouragement and insightful comments, something I that is rarely seen on the internet. I remember the first couple of blogs I wrote and they were such utter shit, but people still generally put positive comments to them (Thank you Elsa). Sure there are some trolls, but none of them get away without a slap from the community, specifically Birthmark. That guy was a meme generating machine if you think about it. A lot of good laughs from the retaliations of his filthy mess of blogs.

The forums, which is the place I mostly dwell, are a place I have a hard time articulating my love for. I've been to forums all over, but this is the only one that really sticks out for me. It's the only place I actually shaped up my writing and gumption for. I learned that my posts needed substance and less spelling errors. The people there are some of the coolest cats I've ever had the pleasure to talk to. Zombielifecoach is kind of my life coach. Hammershark knows how homo I am for Domo. Kpax answered my bongo phone call. And Diverse is.....diverse. Fuck, even the people that hate me are pretty damn awesome.

Point is, I love you Destructoid. Happy 4th Birthday.
#AboutDestructoid    #Community
Login to vote this up!