Happy Birthday Destructoid!...and some memories of my experience thus far

8:33 PM on 03.16.2010 (server time)    0
Despite having only been visiting Destructoid for a bit more than a year (based on the earliest episode of Podtoid I listened to), and only having been an "active" member since this summer, it really feels like it's been a lot longer. So, instead of writing a longer essay on the topic (as I'm prone to do), I'll do a point form list of some of my memories/favourite moments of my Destructoid experience.

- First of all, although I had first been attracted to the site through its news articles, what really drew me into the community was the podcasts. No other site of this size had so many podcasts going on at once (during the peak period of the Podtoid-RetroforceGo-Podcastle trinity), in addition to the many community podcasts that have sprung up. It's inspired me to make my own one-time podcast, as well as attempt another community podcast sometime in the future. Thanks to everyone who is and was on a Destructoid podcast!

- Another part of the site that got me hooked to the community was ShiMuNi and Aniwednesday, under the current host GenkiJAM. When I moved away from my hometown last fall, it served as an excellent substitute for playing games and watching movies with friends. Despite how antisocial it appears to be, I really like spending a Saturday night watching and riffing off some movie (be it schlock like Transmorphers or an excellent film like Black Dynamite), in addition to the assorted game streaming that goes on before and after the main attraction. I'll always remember my reading of a far-too-raunchy fanfiction (i.e., Inspector Gadget, rated XXX...) over Skype, or my admittedly terrible teamwork playing Bad Company 2, both of which I semi-apologize for.

- Although I'm not incredibly active at writing cblogs (since I have trouble writing concisely), I do appreciate all those who have commented on my writing and other endeavours. The two times my articles have been on the frontpage are also happy memories, and I thank whoever selected them amid the many other quality pieces of writing that get produced by the community.

- Someday I'll hopefully get to go to a community event (I'm aiming for PAX this summer, though I'll be fighting time, money and laziness all the way), since I'm really jealous at all the fun times people have had at NARP's and conventions.

Cadtalfryn and Beverlynoelle for being great participants on the history in video games podcast.

MrStoryr, Knives, DJDuffy, and all the others I spent way too long playing MW2 with in the past few months.

GrumpyTurtle and others I met in the somewhat sketchy CoD4 tournament, it was worth it for the subsequent knife/stun grenade only matches that followed.

MK, whether it was in cblogs, the forums or on ShiMuNi, you were always a good source of unintended mirth/rage. In my mind, you'll always be a furry-loving, anime breast-hating, "first system was a PS2"-playing jester with an unnatural addiction to Okami.

All those I've met during my periodic forays into the forums, despite the fact that I know I'll never reach Poopface Morty's legendary 10,000 posts.

To any of those who have faced my critical comments on their cblogs over content, structure or grammar, I apologize if I was too rude to you; I just want to make sure that the (slightly) younger generation keeps its writing and rhetoric skills going.

Wilbo, you know when I said I'd thank you last? I LIED

Finally, thanks to anyone else I forgot to mention on this list, you can go ahead and fap/comment on this blog to make up for it........


Oh, and since you can't write a good blog without some pictures, here's a few of the ones I've found or edited based on Destructoid stuff. 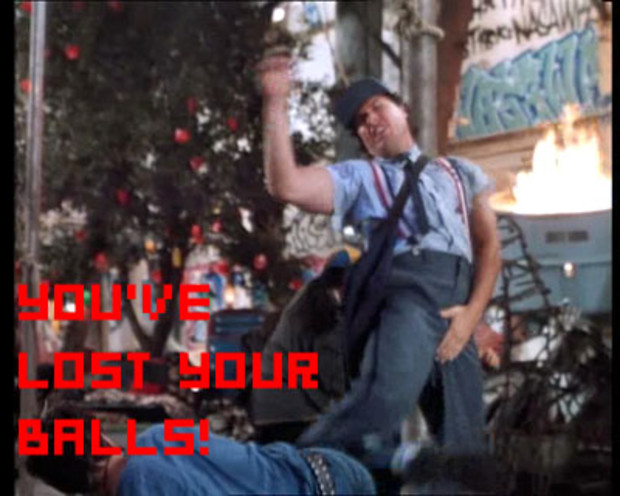 Congratulations on 4 years, Destructoid!
#AboutDestructoid    #Community
Login to vote this up!