Happy Birthday Niero and Destructoid: thanks for letting me hang out.

5:14 AM on 03.16.2010 (server time)    0
So hey, I'm about to pack up my bags and leave the country. I've been fired from my job and I've spent the last three months unemployed, rarely leaving my appartment. But then something beautiful came into my life: Destructoid! Oh, my wife to be was already in my life, so she doesn't count. Plus she would hog the PC all the fuckin' time playing WOW, fer fuck's sake.....

Anyway, during my enforced leave from gainful employment, which was really forced by my unwillingness to get a job, I discovered a link on Gorillamask which was a link dump I still frequent to this day. It linked to a videogame site called Destructoid, that sounded interesting so I gave it a visit.The site was interesting with a new less serious slant on games reportings. I didn't realise the site had a hold on me until I visited the cblogs. Hey, you can write stuff about games you like? And people will read it and shit?! Cool! So I wrote an article on one of my favourite PC games, the under-rated Blade Runner! I got some graphics, made a banner title and perfected my entry. No one commented. Actually, now Poopface Motry has (thanks buddy, I appreaciate the moral support), but at the time I thought "Man, I'm crap at this". Well to be honest, being Scottish means that is the first thought that goes through your head every moment of every fuckin' day, but hey I stuck at it. I wrote more and more, got some regular comments. Then I wrote a cblog article on Objectivity and how we may all be fanboys at heart. Put it up and didn't really think more about it. Then I got home from work and there was my entry on the front page! More than that, there were some great comments below discussing the issues I'd raised! Man, that gave me a happiness boner like no other, I can tell you. I've done mabye about 100 cblog entries and I'll keep doing it.

Niero, thanks for making Destructoid and letting me hang out man. 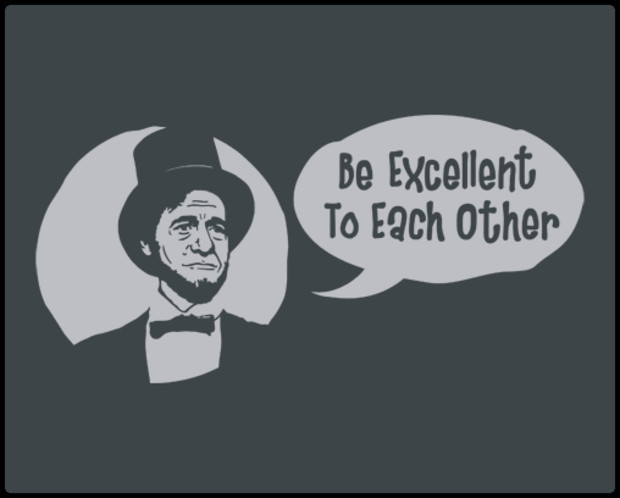