Ok so if you have been living under a rock, ff13 is out and is a game, and im not gonna say anything more then it's a jrpg, and just jump into all my thoughts on the game, Ill remain spoiler free, so feel safe in reading if your interested in my thoughts, which, why wouldn't you be, im just that awesome.

After playing till chapter 12, where i am now, i have had to stop recently, i just can't keep playing. The game is flawed, i just can't get around some agrevious errors that they have in the most basic systems they put in place for the player. That's not to say it's game ending, but it's rpg destroying, and, since this is a rpg, thats kinda actually a big deal maybe. All well be discussed, im not blowing fanboy smoke, although that would be much easier, and way more fun.


Ok, so to start off, the game gets to a hot start, whether it's the hype machine rolling, or just plain excitement of getting a new game, the first 2 hours of the game are excellent. The mythos that square creates is fantastic, and the introduction to it all is executed very well. The combat system(which plays itself, ill explain later) is slowly opened up to you, and your never overwhelmed with the sheer amount of stuff like in similar rpg titles, yet you never feel like you need more, and that the game isn't giving you enough. The characters themselves are pretty cool, albeit cliche, however the relationships that the characters have between each other flesh out some pretty interesting dialogue.(however, contrary to this point, most dialogue is, as expected to a ff fan, cheesy and melodramatic) Im getting lost in my own thoughts, but basically, the game gets off to a awesome start, the story is interesting, the characters are cool enough, the relationships they have between each other can be interesting at time, however the dialogue is melodramatic. 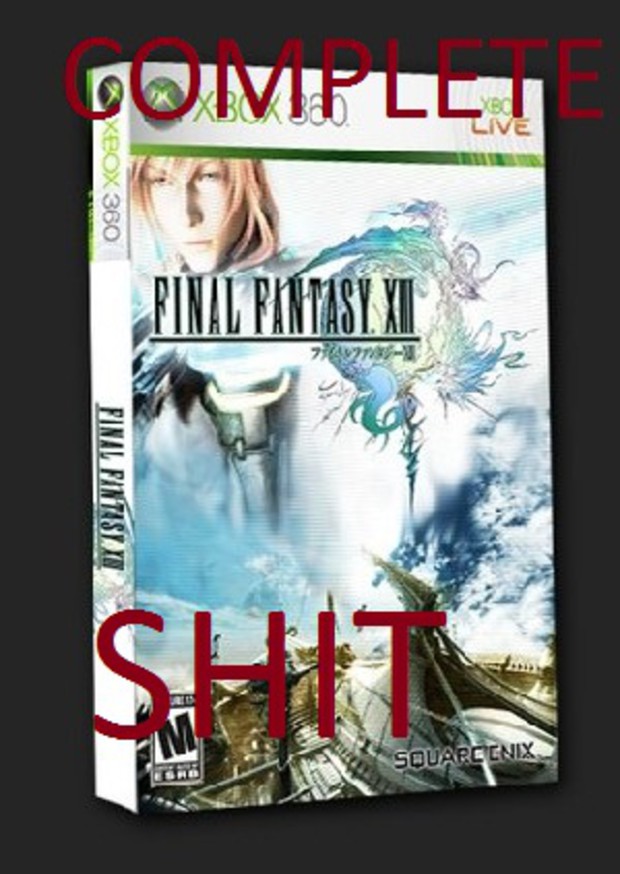 ps3isbetterforff13casueshitboxbrokeitlololforhitz!
#Community    #PS3
Login to vote this up!