5:32 PM on 03.12.2010 (server time)    0
Porygon (Japanese: ポリゴン Porygon) is a Normal-type Pokémon. Porygon is the first artificial Pokémon that was ever created. It was created by Pokémon Lab according to a Pokémon Report found in Silph Co. Porygon has a pink polyhedral body with a blue stomach, blue triangular prism feet and a blue rectangular prism tail. Porygon has a pink, polyhedral head that ends in a blue beak and has hexagonal eyes. It does not breathe. Porygon is made completely out of programming code. Built into this code is a Silph copyright protection preventing duplication through electronic means.

At the time PETPM (People for the Ethical Treatment of Pocket Monster) heralded the invention claiming it would finally put an end to the tyranny of capturing and battling pocket monsters. They claim pokemon would return to the wild and live in perfect harmony. Because a Zangoose has never killed a Seviper /sarcasm

However all Poke Hell broke loose when the fear of most computer scientist happen, Porygon tried to build a more intelligent version of itself and starts a chain reaction overthrowing all men and pokemon alike. The first thing it did was launch an attack not only pokemon trainers but young japanese youth as well, a GIF of the event that coused many to suffer seizures follows

Due to this Humans, have locked away porygon in the furthest reaches of cyperspace. Although there are a small group of conspiracy theorist out there who believe it was not porygon that caused this explosion of color but a pikachu. These porygon sympathizes are basically the KKK/Al- Qaeda of Kanto.
#Community
Login to vote this up! 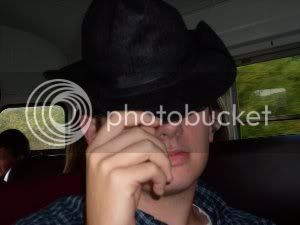