But it's not this new blockbuster which I'm playing--no, I'm playing an important game in my backlog, the Final Fantasy before this most recent one.

(Still the most beautiful rendition of the theme, if you ask me.)

Being an unfortunate soul who was stuck through last gen with only an XBox (I know, I know), I missed out on a plethora of timeless classics on the PS2. A game that I never truly gave a fair chance, however, was Final Fantasy XII.

I was one of those people who raised pitchforks and torches when the Gambit system was first unveiled, and claimed it was the death of the series I had been playing since 1992. As the years passed, so did my indignity and ignorance, and only as I entered the HD gen did I finally give this Ivalice adventure a fair try... and I'm glad I did.

Though I'm only thirteen hours into the game (how poetic), I am in love with it. Ivalice is perhaps the most well-presented and fleshed-out settings in video game history, and Yasumi Matsuno's prosaic writing--panned by many as generic and boring--is a welcomed change by me. Much as Final Fantasy XII's battle system was a radical change from prior installments, so was its narrative; a Final Fantasy game sans the ever-permeating "anime desu desu" theme. (This coming from someone who enjoys anime.)

Another thing I love about the game are its characters. Akihiko Yoshida was a beautiful change of pace from Tetsuya Nomura's overdone, asinine character designs; and though I wish the cast of permanent party members was larger and more diverse (such as including a Banga or Moogle), I do find myself loving each of the characters... except Vaan, but Square-Enix forced Matsuno to include his annoying ass, so he wasn't even supposed to be there. 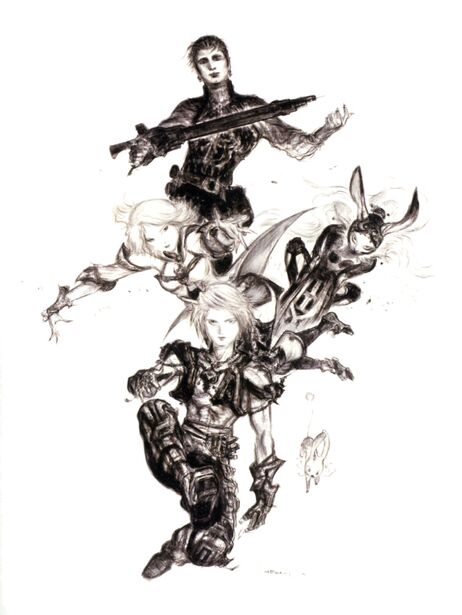 Production values are gorgeous and its the best-looking game on the PlayStation 2, and Sakimoto's score has almost no duds in it.

Though I cannot yet give a final verdict as I haven't beaten the game, I do finally see the hype and unabashed love showered upon this game when it came out four years ago. Maybe if I put some time between now and my playthrough of Final Fantasy XIII, I'll be able to put aside any personal biases I have towards that title and be able to appreciate it for its own merits, too.
#Commentary    #Community
Login to vote this up!