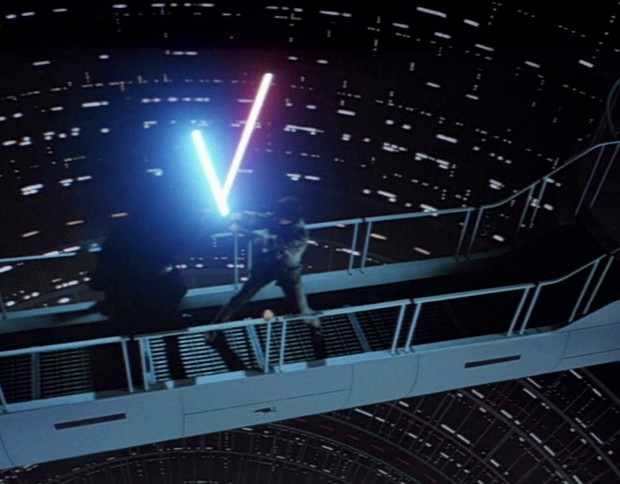 Last month, there was this heavy clash of discord on the internet surrounding Jim Sterling’s truculent hubris on artsy indepent games. As someone who appreciates indie ventures such as “The Path”, my immediate reaction was as brash as Jim’s. But at the end of the day it got me thinking: why this binary, fundamentalist, with or against us logic behind all these columns and reactions? Has game logic – win or lose, true or false, 1 or 0 – reached game studies, journalism and criticism? Look at the big picture: is it not possible, considering that one single truth which we can all agree with – that video games are a rich new form of media – that we can have different conceptions of what a creative, captivating and entertaining video game is? Is it that hard for everyone to accept that we can love or hate both “The Path” and “Half Life 2″, and all those little things that go in the middle, all for very different reasons? Gosh, have we really entered a battlefield of uncompromising faiths, where no one accepts different views, and everyone dismisses what the other side is saying? Think about it, it would be like watching movie critics debating on whether true film expression is limited to Stanley Kubrick or George Lucas. Either one or the other. No compromise: only one of them can be deemed film, only one is worth of merit, whoever says otherwise is a biggot. Come on, aren’t they both compatible, interesting, and their merits subjective and debatable? Why shun a whole different outlet for expression, on the basis of one’s own personal taste? Why confine ourselves to claustrophobic definitions of what is a good video game? Why is fun everything, or nothing, for these two conflicting sides? Why are pure games the only accepted expression for some, and pure artistic ventures for the others?

I want a medium where “The Void” gets as much praise as “Bioshock”, where I can play “God of War” followed by “ICO” and love both experiences, where Jim Sterling and Jaffe can understand that fun might be enough for them, but isn’t for others, and where we can all debate these issues in a rational, non-confrontational, calm debate. Is that too much to ask?
#Community    #Indie
Login to vote this up!