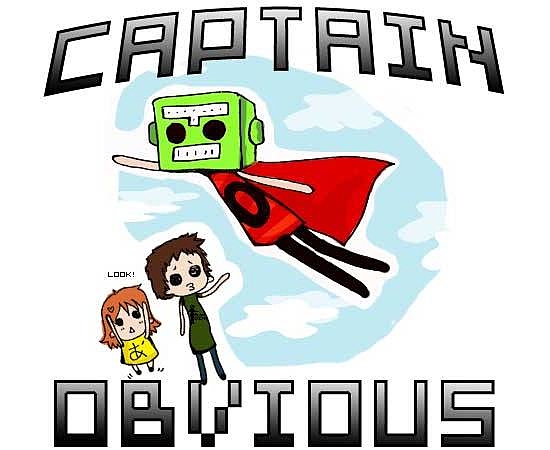 EternalDeathSlayer: You know what gets me turned on? Naked bitches, or even half naked bitches. Not video games. Yeah, obvious troll really is fucking obvious.

Aurain: Too obvious. Infamy would be a good pick.

Pudge Controls the Weather at Birthmark Destructor: Why are people still replying when it's an OBVIOUS troll?

emuscles it's half troll- but the retro cockride should die soon.

Sharpless I know we're not supposed to click on obvious troll blogs and comment on fail blogs (WHICH YOU ALL ALREADY KNOW - RIGHT, MOTHERFUCKERS?), but this one felt like something special. It's like he didn't even bother to modify the template. Also, Dephect is slowly becoming an intolerable asshole. FYI. Douchey McDouchedouche.

Now lets just get a bit of a understanding of the actual definition of why the dumbest post shouldn't be repeated...

Old Definition:
------------------------
Used on MMO forums the world (of warcraft) over, this meme phrase means that someone is a troll. Or trolling. Phrase is said to originate, like so many other annoying memes, from lolcats, in this case "longcat is long."

but now this definition is starting slowly shift from the previous one to this...

> Get it? by making such statements as feedback to anyone, trollers, fanboys, good non-bias bloggers such as Jim, you yourself have as well become the ACTUAL troll person by making such replies. If you can't understand what I am trying to say then to make it crystal clear please scroll up a bit and read above again how Guncannon replied to Birthmark Destructor and pray to the comic gods that you might get it.

and for fucks sakes, its another beautiful freezing saturday so go on and have a good gaming day you sillies :)
#Community
Login to vote this up!