Something About Sex: Score! 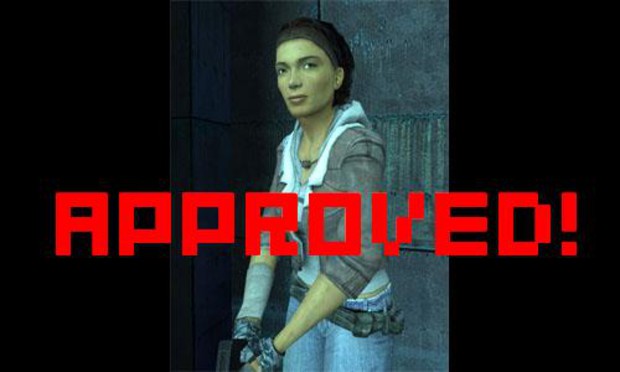 In examining the successful (in my opinion) cases, I think it�s pretty clear that minimizing the role of sex as some kind of gameplay reward helps. Perhaps more important to this equation are interestingly written and well paced character interactions, which will often create a situation in which love and sex are much more believable possibilities. Now there�s something to be said for the way Bioware looks to be handling that one weird, butch chick in Mass Effect 2 who seems to be into sex for the sake of it. That does reflect a lot of real world views. I haven�t played the game yet but I think that if they handle it as advertised, I�d support that �Romance story� because it�s portraying the act honestly for that character and her perspective. In a way, it�s more believable that you�d be having sex with someone like that than an innocent flower that you manage to melt in a few hours after listening to her backstory and refraining from saying things like �You�re boring� or �I don�t care�.

So, what does this mean for the hundreds of game developers reading my musing (I�m talking to you Jaffe)? Should they not use sex in games? No! Sex in games is fine. But here�s the deal, when it�s supposed to be satirical, make it clearly satirical (see: Bayonetta). When it�s supposed to titillate, be honest about it and remember that innuendo and suggestion can be more powerful than laying all of the cards on the table (there�s porn for people who want that). When it�s supposed to be serious or something that happens with a character we should care about, make it mean something to the characters and the story and don�t rush it. Those Bioware NPCs fall in love with you way too easily. It�s a real turn off when they�re too eager.

To close with, I think the best way to look at sex in games (presently) is by thinking about morality systems in games when they were very first introduced in the mainstream several years ago. They were very unrealistic, simplistic, and often depicted a much more shallow and superficial understanding of what they were trying to represent. Some people, not everyone, wanted more and I think they�ve improved quite a bit in several (though certainly not all) cases. I think sex (in games) is currently in the same place. It can provide a lot of opportunities for powerful and compelling storytelling and, hopefully, it will be handled with greater care and complexity in the future.

(This article was written from a male perspective, but I think the same points apply when you swap the pronouns.)
#Community
Login to vote this up!