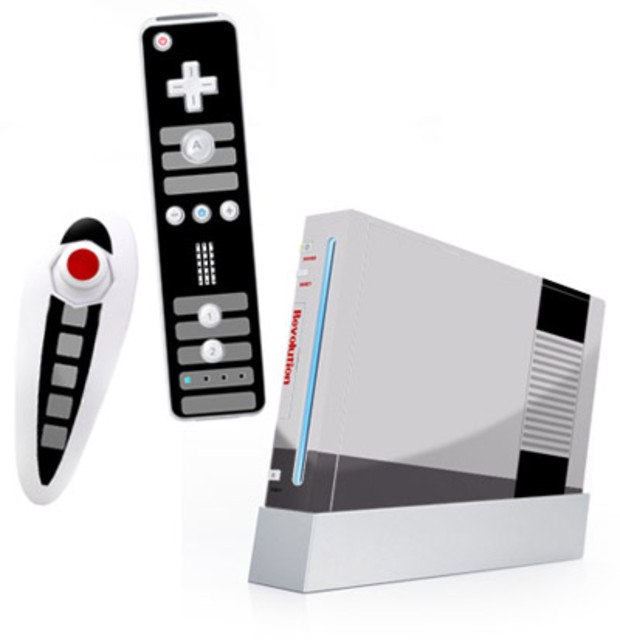 Wii bashing- what do you think of it? I'm still trying to figure that out myself.

Now, I'm not talking about criticizing the Wii for having no hard drive, or a weak CPU, or all that stuff. Pointing out that you wish the Wii could run games in HD or that it had more "important" 3rd party games like Modern Warfare 2 or Resident Evil 5 isn't Wii bashing, it's just pointing out the obvious. The Wii, as a piece of hardware, sort of sucks, and as a result, 3rd parties haven't invested as much money into developing games for it as they have the PS3/360. What else it new? It's been that way since launch, and with a few exceptions like Monster Hunter 3 and Dragon Quest X, it's not going to change.

Pointing that out is fine. To enjoy the Wii requires the capacity to appreciate smaller, quirkier games. If that's not your thing, and you want to let the world know, that's great. I'm interested to hear where you're coming from. No, by Wii bashing, I'm talking about the people who get off on posting (regularly) that the people that do like the Wii are worse people than they are, or that the all games on the Wii are shovelware, and that anyone who likes them is "teh suxxorz". It's weird, isn't it, that kind of bullying, that kind of generalizing, coming from self-proclaimed "gamers", a group that has been bullied and treated like a stereotype for going on 30 years? Maybe it happens with the PS3 and the 360 too, but other than on Fanboy Friday, I never see it.

So why is it that the Wii inspires this sort of mean-spirited nonsense from people? I've asked the question to myself (and you guys) many times, but I still haven't come up with an answer. One thing I do know, is that it's extremely ironic to me that gamers who have been mocked and ridiculed their whole lives for loving videogames now choose to mock and ridicule others for playing the Wii. It's like they are trying to prove that they are, by some arbitrary measure, "cooler" than "casual gamers". Isn't that fucking weird?

I always thought that calling yourself a gamer was, at least partially, about rejecting ideas of being "cool", about accepting that you are a geek, and refusing to measure yourself (and others) by conventional standards of social worth. Doesn't that sound better than judging each other based on how "hardocore" or "mature" we are as gamers? Wouldn't it be better if we'd all stick together? That's definitely how it used to be in the days before the internet, and that's how I wish it were now.

Maybe I've seen The Breakfast Club one too many times, but I really think that if people could just chill the fuck out, we could all find worth in each others differences. I mean, we're talking about videogames, people. This isn't politics, or Wall Street, or gang warfare. This is hobby, an art form, a way of expressing ourselves and experiencing the ideas of others, and something that still gets mocked and demonized by the mainstream media on a regular basis. As gamers, we're all underdogs. Gaming should be uniting us, not dividing us. If you care about gaming, then of course you're going to be invested in how the medium evolves, but to angrily denounce everyone and everything connected to one specific console? That's just childish.

Hence the irony.
#Community
Login to vote this up!